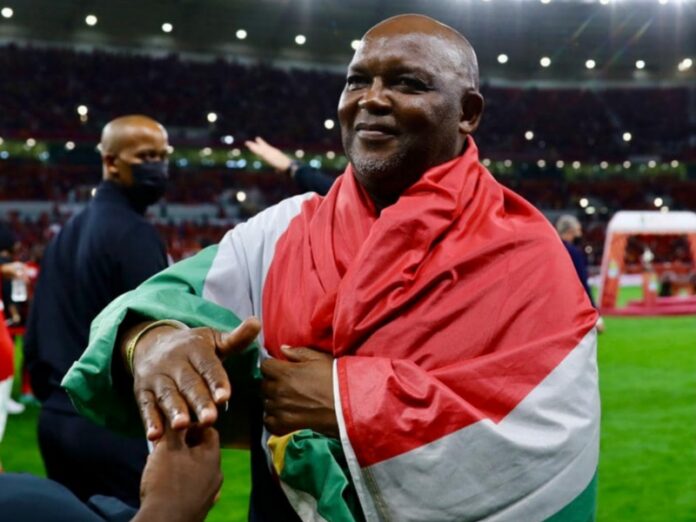 ➤ Any football match involving Al Ahly and Mamelodi Sundowns comes as a clash of two African giants but the history of Pitso Mosimane makes this fixture one of the most fiercely contested in Africa.

Mosimane made his name in Pretoria with Sundowns where he won several league titles and a CAF Champions League title. When he announced his departure from the Brazilians, it was like a dagger to the heart of the supporters who have still not forgiven Mosimane for his decision.

After eight years with Sundowns, he made the move to Al Ahly in 2020 where he has enjoyed great success, winning six major trophies so far in Egypt.

When the two sides met last season in the CAF Champions League’s knockout stages, it was Mosimane’s side that emerged victorious with a 3-1 aggregate score.

However, the clash between the two giants was tainted by ugly scenes when Sundowns supporters attacked the Ahly bus, insulting Mosimane and his family outside the Lucas Moripe Stadium.

The clash between the two rivals is set for kick-off at 9pm on Saturday at the Cairo International Stadium, the game will be live on DStv channel 202.

➤ The first piece of silverware in the English football season is up for grabs this weekend as Liverpool and Chelsea contest the Carabao Cup final.

It may not be the most memorable trophy, but it is a chance to gain silverware and one that both teams will want to win.

Liverpool will head into the Wembley fixture as favourites, coming off the back of a 6-0 drubbing of Leeds United in the Premier League on Wednesday night.

Chelsea emerged 2-0 victors over Lille in the Champions League on Tuesday night but have not been in the best of form since the end of last year.

The clash between the two rivals will without a doubt see non-stop action with tensions set to rise during the final.

The Carabao Cup final will take place on Sunday evening at 6.30pm, live on DStv channel 203.

➤ The Proteas will be aiming to resurrect their chances in New Zealand as the second cricket test gets underway on Friday.

South Africa suffered an embarrassing defeat in the first test, losing by an innings and 276 runs.

The Proteas were bowled out for 95 during the first test, a record low for the South Africans who need to improve ten-fold if they are to walk away from New Zealand with anything to show for their efforts.

The test is scheduled to run from 25 February until 1 March and South African cricket fans will be hoping for an improved performance at the Hagley Oval in Christchurch.

The action begins at midnight South African time for the five days, with the second live on DStv channel 212.