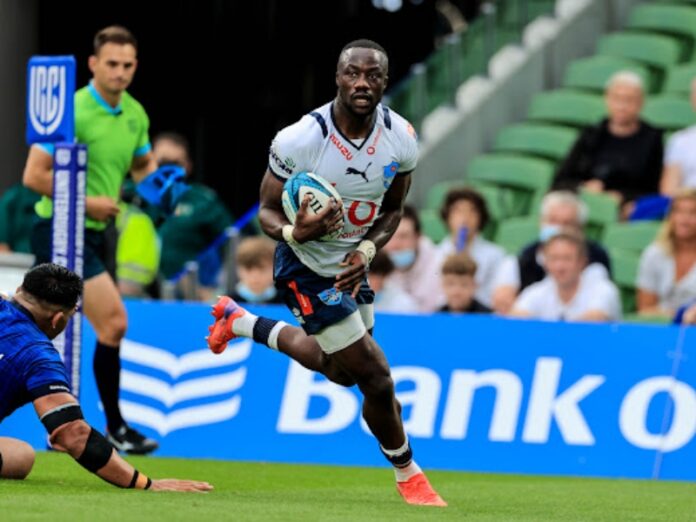 With only two group stage games remaining, South Africa could have three of their four teams in the United Rugby Championship (URC) knockout stages.

With the Stormers and the Sharks guaranteed their spot in the knockout rounds, there is still hope that the Blue Bulls will secure South Africa one more spot.

The Pretoria side find themselves in eighth spot on the table, the final spot to qualify for the knockout stages.

Therefore, they cannot afford any mishaps in the final two games, starting with a clash against sixth-placed Glasgow Warriors of Scotland on Friday night.

A win under the lights of Loftus Versfeld on Friday night at 7pm could all but secure their spot in the next round.

South Africa’s top performing sides, the Stormers and the Sharks, are in action on Saturday.

The Stormers face a tough test against the top of the table Leinster, but the Western Cape outfit will be looking to narrow the gap at the summit of the URC standings.

Their top of the table match-up kicks off at 6.15pm on Saturday evening.

The Sharks will face 10th-placed Connacht on Saturday afternoon in what looks like an odds-on win for the Durban outfit.

All the URC action can be watched live on DStv channels 201 and 211.

The Brazilians claimed their fifth successive league title on Wednesday and they will be hoping to put themselves in another trophy winning situation.

Royal AM however will fancy their chances against Sundowns, who were knocked out of the CAF Champions League last weekend.

Sundowns played their league winning game in second gear and Royal AM will be looking to secure their first trophy of the season.

The clash between South Africa’s two best teams of the season will kick off at 7pm on Saturday, live on DStv channel 202.

With only a point to separate them, Liverpool face Newcastle on Saturday at 1.30pm while leaders Manchester City face Leeds at 6.30pm the same day.

London clubs Chelsea, Arsenal and Tottenham are all in action on Sunday as the race for the Uefa Champions League remains in the balance with a month to go in the league.