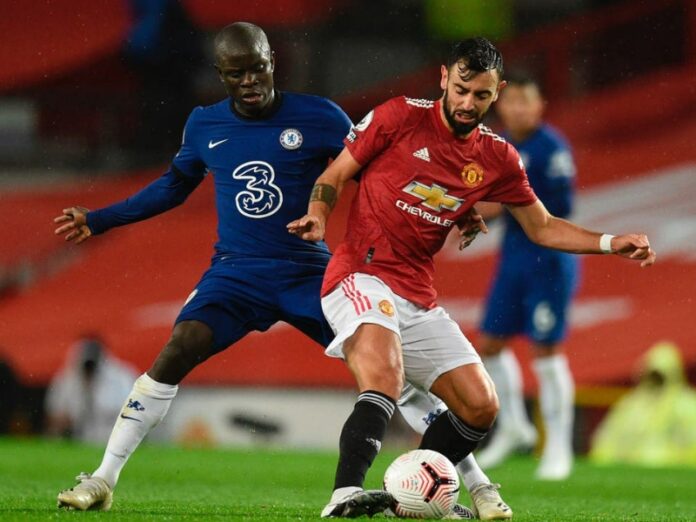 Chelsea currently lead the way in England’s first division with a total of 29 points after 12 games. They have lost only one game thus far but this weekend they’re up against a wounded Manchester United.

The blue half of the city of Manchester will be hoping their neighbours will do them a favour and take points off the league leaders.  Manchester City find themselves just three points behind Chelsea in second place.

Pep Guardiola and his City will not have it easy themselves as they take on the high-flying West Ham side who amazingly occupy fourth place in the league on Sunday at 4pm CAT.

The fixture of the weekend, Chelsea versus Manchester United follows at 6.30pm CAT in a must-win for both sides. The Blues are looking to extend their lead at the top of the table while United look to claw back their chances of a top-four finish.

All the Premier League action will be live on DSTv channel 203.

➤ The DSTv Premiership offers some mouth-watering clashes this weekend with recently promoted and in-form Sekhukhune United travelling to take on Mamelodi Sundowns in a first versus third battle.

With the Brazilians being held to consecutive draws against Cape Town City and SuperSport United they will be out for revenge and extend their six-point lead in the DSTv Premiership as well as having a game in hand.

Sundowns will host Sekhukhune United from Limpopo on Saturday at 3.30pm with the game being televised live on DSTv channel 202.

In the battle of the Soweto strugglers, Moroka Swallows take on Kaizer Chiefs on Sunday with Swallows attempting to avoid falling to the bottom of the table while the amaKhosi could see themselves end the weekend in third place if results go their way.

The battle is set for Sunday at 3.30pm with fans able to watch the game live on DSTv channel 202.

➤ Following their bittersweet T20 Cricket World Cup campaign, the Proteas are back in action with two One Day International (ODI) fixtures this weekend against the Netherlands. The two matches will be played at SuperSport Park in Centurion at 10am on Friday and Sunday. The third ODI will take place on Wednesday 1 December. Many expect the Proteas to whitewash the Netherlands and showcase that the South African cricket side is perhaps getting back to their best.

The Proteas have made several changes to their lineup but they need to be at their best. This series forms part of the qualifiers for the 2023 ODI Cricket World Cup.