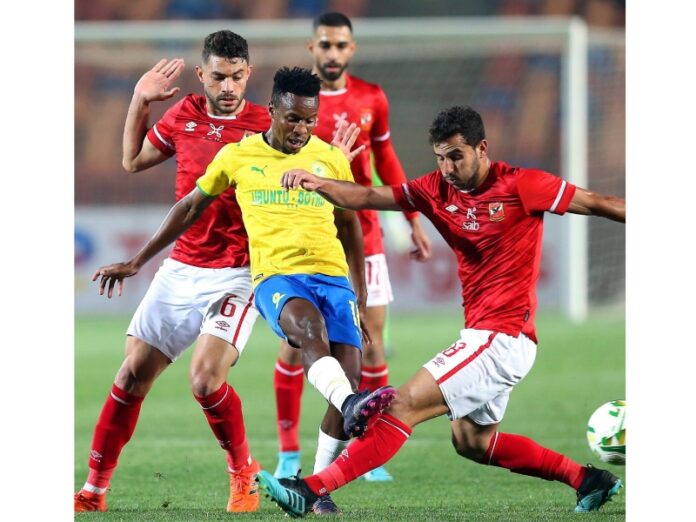 Losing 1-0 at home against his former club Mamelodi Sundowns would have stung Pitso Mosimane very badly – but this Saturday he has his chance to get revenge.

The relationship between South African Mosimane and Sundowns has certainly had its ups and downs. He took the Brazilians to new heights and dominated the league. But it turned sour when he left to join Egyptian giants Al Ahly.

Definitely a step up for Mosimane, but fans of the best team in South Africa still do not feel they have to respect the man who was the reason for their success.

While CAF Champions League winners Al Ahly played down the home defeat against Sundowns as not meaning too much, it certainly was a mental victory for Sundowns. They are aiming to be Africa’s best team. But to do that, they have to beat Ahly.

On the other hand, this Saturday Al Ahly have a chance to prove that their defeat was a once-off.

The clash of the two African giants is set for Saturday at 3pm at the FNB Stadium with the game live on DStv channel 202.

The South African teams have had a shaky start to the competition. But their positions have improved somewhat after weeks of playing local derbies, ensuring points for the teams from the southern hemisphere.

Their visit to Europe two weeks ago had mixed results. Now it is time for the South African teams to prove they can mix it with their overseas opponents, as this round of fixtures are on home soil.

Siya Kolisi will captain the best placed South African team in the Sharks when they take on the Llanelli Scarlets on Friday night at 7pm.

Loftus Versfeld in Pretoria will play host when the Blue Bulls face the team in third place, Munster, at 6pm on Saturday.

It is a battle between 13th and 14th teams when the Lions go toe-to-toe against Cardiff Rugby at the Ellis Park Stadium on Sunday at 4pm.

The Stormers look to be in for a guaranteed victory when they face bottom side Zebre on Sunday. The Italian club have only managed to pick up two points in their nine matches so far. The Stormers play at the Danie Craven Stadium at 6pm on Sunday.

All the URC action can be watched live throughout the weekend on DStv channel 211.

➤ The race for European football can be seen slipping away from both Manchester United and Tottenham Hotspur, making the encounter on Saturday all the more important.

United are coming off the back of an embarrassing 4-1 defeat to neighbours Manchester City while Spurs are brimming with confidence, defeating a struggling Everton side 5-0 on Monday night.

The Red Devils are only two points ahead of Spurs, but the London club have two games in hand over United.

It is a matchup between the 5th and 7th teams but a Spurs victory will see them leapfrogging United and add to the Manchester club’s misery.

The must-win game for both sides is set for Old Trafford on Saturday night at 7.30pm with the game live on DStv channel 203.