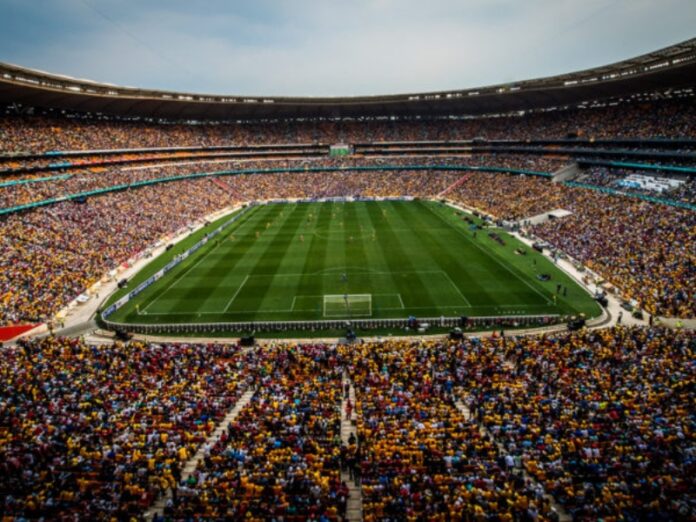 This weekend two teams known across the globe go head-to-head for the bragging rights of Soweto.

➤ Orlando Pirates taking on Kaizer Chiefs is a special fixture in Mzansi football. It is a derby unlike any other, a match that holds more weight than any other football match, a fixture that has divided fans across the country.

When Amakhosi and the Buccaneers walk onto the field, thoughts of form, managers, politics and everything else goes out the window and football becomes the nation’s main focus.

It is fair to say both teams have suffered following the dominance of Mamelodi Sundowns but both the Soweto giants have had a good run of form lately.

As if the fixture needed any more pressure, Pirates find themselves level on points with their neighbours despite Chiefs playing three games less.

A win for the Sea Robbers would see them leapfrog Chiefs into third place and secure the bragging rights until the teams meet again.

As per usual, the Orlando Stadium will play host to one of the fiercest matches in world football this Saturday at 3.30pm but still there will be no spectators. The action is live on DStv channel 202.

➤ In the spirit of derby weekend, another major derby, perhaps the biggest in English football, the Manchester derby will take centre stage globally on Sunday.

It’s Red vs Blue when the two sides of Manchester are battling it out for different reasons. City are fighting an intense race for the Premier League title while United are attempting to push for a top four spot and a guaranteed spot in Champions League football.

The shift of dominance from one side of Manchester to the other has been perhaps completed as the once noisy neighbours in City have become the best team in the land.

United continue to struggle with a fall from star-status following the departure of Sir Alex Ferguson in 2013.

United have in recent times had the better of City and Liverpool will be watching closely as a positive result could see them go level with Pep Guardiola’s men at the top of the table.

One of the biggest derbies in world football takes place in Manchester at the home of City this Sunday at 6.30pm, live on DStv channel 203.

The second-ranked South African cricket team is the team to beat at the prestigious event.

South Africa will be hoping to improve on their record. Their best result so far was in 2017 when they reached the last four.

The women’s cricket World Cup action can be watched live on DStv channel 212.