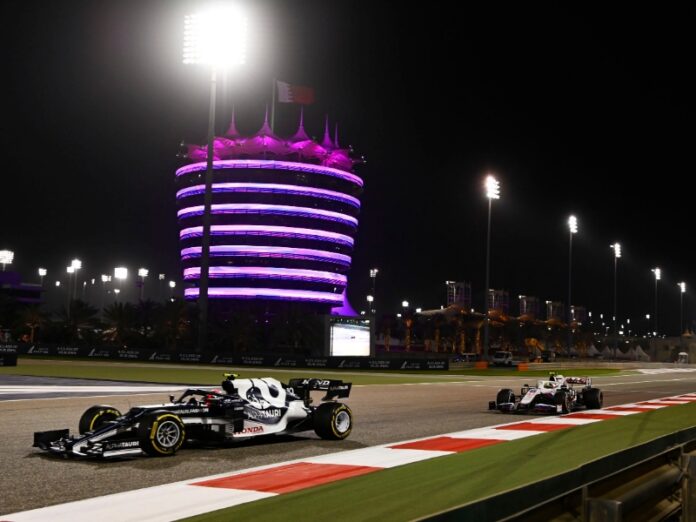 The memory of the Abu Dhabi Grand Prix is still fresh in the minds of Formula 1 fans but the 2022 season is already upon us – and could be a season to remember.

With the cars undergoing major changes and the driver line-ups changing, the real test of who has the pace will come this weekend. However, testing results indicate that Mercedes could be fighting for second place as the Ferrari team appear to have the quicker car. Mercedes’ unique flat side pods have led to the car ‘porpoising’, bouncing up and down at the cost of speed.

The Bahrain Grand Prix is set for this weekend as fans expect Lewis Hamilton and Max Verstappen to once again battle it out for the top spot.

As is often the case with Mercedes, all may not be as it seems. Despite their claims that they are off the pace this year, they have made similar announcements in other pre-seasons before they went on to win the Constructors Championship.

This new car could turn out to be tremendously quick this weekend, but Red Bull look as confident as ever as they aim to build on Verstappen’s Drivers Championship victory from last year and end Mercedes’ dominance over the rest of the pack.

Lights out for the Bahrain Grand Prix and the new season begins this Sunday at 5pm and will be broadcast live on DStv channel 215.

➤ The Proteas are back in action, this time on home soil as they begin their ODI series against Bangladesh on Friday.

Coming off the back of an excellent series draw against New Zealand away from home the Proteas will be looking to continue their impressive resurgence with several dominant displays against Bangladesh who will stay in South Africa until 12 April.

The first ODI between the two teams gets underway on Friday at 1pm.

The second ODI is everyone’s favourite. This is the match when the Proteas don an all-pink kit in support of breast cancer awareness.

The match is set for Sunday with the first ball bowled at 10am.

All the cricket action can be seen live on DStv channel 201.

➤ The famous El Clásico derby could be back to its former glory as both Real Madrid and Barcelona have enjoyed a resurgence this season.

Losing Cristiano Ronaldo and Lionel Messi in the clash of Spanish giants saw El Clásico’s prestige suffer with the fixture no longer living up to the magic of the past. However, with both teams in great form and playing tremendous football, the desire of both teams to win this fixture is back where it used to be as they fight it out for bragging rights with the match a must-watch once again for sports fans.

Real Madrid’s 10-point lead in La Liga with 10 games to go shows their improvement from a disappointing last season.

Barcelona however have been improving gradually under new manager and former player Xavi, finding themselves in third spot after hanging around the mid-table for the majority of the season.

El Clásico is set for kickoff on Sunday night at 10pm, live on DStv channel 204.