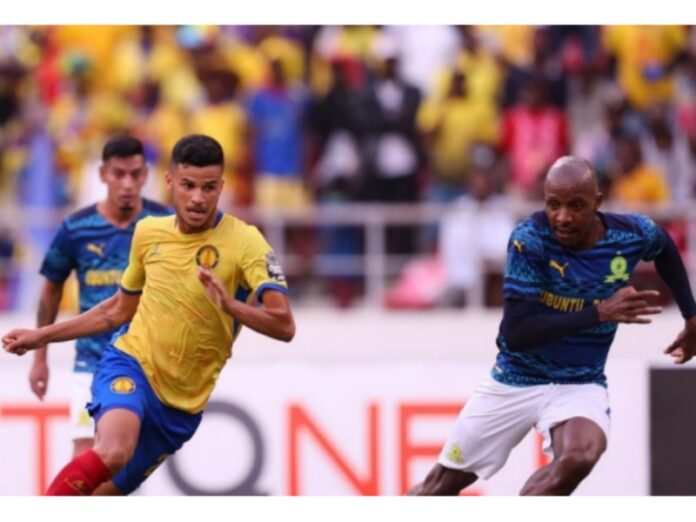 Mamelodi Sundowns and Orlando Pirates will have to overcome first-leg deficits if they want to remain in the Confederation of African Football (CAF) competitions.

Both sides were defeated in the CAF Champions League and Confederations Cup last weekend.

The biggest shock came as Sundowns lost 2-1 against Petro de Luanda in Angola. The Brazilians are however convinced that they will book their spot in the semi-final.

With the return leg being in South Africa, Sundowns will feel confident they can overturn the deficit and continue their impressive season.

The second leg between Sundowns and Petro de Luanda is set for Saturday at 6pm, live on DStv channel 208.

For Pirates, the situation is severely more tense. The Buccaneers lost 1-0 to Tanzanian outfit Simba SC in controversial circumstances.

The Pirates camp was unhappy with the treatment they received and claimed they were treated “like animals” – a statement Simba SC did not take lightly. They have since consulted their lawyers.

The second leg is set to be a fiery affair as Pirates look to overcome the 1-0 defeat at home this Sunday at 6pm.

The action will be live on DStv channel 208.

Ferrari and Red Bull have gone back and forth in the four Grand Prix weekends this season and fans can expect much of the same this time around.

Ferrari head into the weekend as favourites given it is their home race and they have a point to prove – the point being that they can sustain this good form and win in front of their own fans. That’s something that hasn’t happened too often.

It is the first Sprint Race weekend of the season, meaning qualifying takes place on Friday to decide the order for a short race on Saturday. The short race then determines the grid for Sunday’s race.

One thing is for sure, there will be wheel-to-wheel racing and drama when lights go out in Italy at 3pm on Sunday, live on DStv channel 215.

Arsenal go into the game following a huge 4-2 victory over London rivals Chelsea on Wednesday night. United however come off the back of a 4-0 defeat to Liverpool.

In what is a must-win for both teams, Arsenal will have the home advantage but United may have redemption on their mind.

Kickoff at the Emirates Stadium is set for 1.30pm on Saturday, live on DStv channel 203.