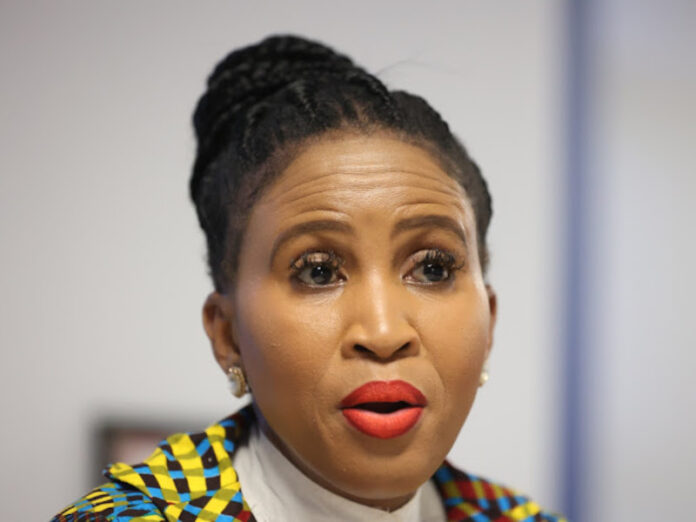 The DA’s Joburg Mayor, Mpho Phalatse, will remain at the helm of the country’s economic hub, with a budget of R77 billion, heading into the New Year.

The epic battle for control of the City of Joburg ended in her favour after two motions of no confidence against her were withdrawn on Thursday.

However, the minority parties — including the ANC — vowed to bring the motion back in January next year when the council resumes its work.

The motions were brought by the African Transformation Movement (ATM) and the African Independent Congress (AIC).

An elated Phalatse told the media that the minority parties did not have the numbers to remove her without the support of the EFF.

“It’s clear that they don’t have numbers, particularly without the EFF. They will not be able to agree here, much as they were not able to agree in Ekurhuleni. We are quite grateful that is how it panned out,” said Phalatse.

The EFF dumped the ANC in Ekurhuleni after then ANC councillor and regional leader Mzwandile Masina double-crossed the red berets, refusing to support the party’s regional leader, Nkululeko Dunga, for the mayorship post.

Instead, Masina, who resigned as a councillor on Thursday, nominated the ANC’s Jongizizwe Dlabathi.

This angered the EFF and the ANC’s provincial leadership, led by Panyaza Lesufi.

The breakdown of the relationship between the ANC and the EFF helped the DA’s Tania Campbell to be re-elected as mayor in Ekurhuleni after she was removed through a motion of no confidence.

The ANC‘s Dada Morero, former mayor of Joburg, said the minority parties would bring another motion of no confidence against Phalatse next year in January.

Morero was elected as mayor of Joburg when Phalatse was voted out in September.

However, he only served for 25 days as mayor after the court declared Phalatse’s removal unlawful and invalid.

Following that ruling in October, Phalatse snatched the mayoral chains back.

She is now fighting to see her term through until the local government election in 2026.

Will she survive until then?