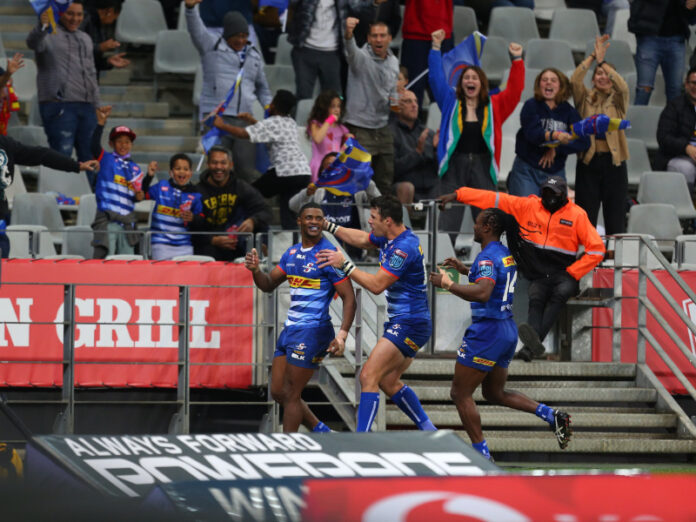 Before the match, a lot was said about Leinster fielding a “second-team” against the Stormers, but if the youngsters from Dublin were supposed to collapse under the pressure, nobody gave them the message.

Towards the end of the first half, the much-vaunted Stormers side seemed to be feeling the pressure and making clumsy and embarrassing mistakes and also playing a lot of the game on the wrong side of the park.

Not much had happened, which had to be seen as a massive positive for Leinster.

It is well-known that being the favourite in any sport can lead to poor performance and with the Stormers trailing by two penalties to one, coach John Dobson had his work cut out for him in the locker room.

Clearly he needed to knock some sense into some over-inflated heads, reminding them to forget about being stars and remembering to play rugby.

After five minutes into the second half Warrick Gelant scored an excellent try in the corner.

A minute later Senatla scores but Leinster breach the Stormers trench-defence and with 20 minutes to go in an all-happening match, the scores are even.

With 15 minutes to go, a clear penalty try  gave the Stormers a seven point lead.

Coach John Dobson should take full responsibility for his team’s childish petulance. For example, twice Evan Roos got away with blatant foul play, once pushing a player’s face into the ground after the whistle.

Then he took the ball from under the feet of a Leinster player and got away with that as well. Before this very talented young player, a definite Springbok candidate, gets too big for his boots he should watch a few videos of former Springbok captain Corné Krige making a fool of himself.

Not getting the bonus point could cost the Stormers the championship if they stumble against the Scarlets on 21 May in Llanelli, Wales. Hopefully, they will stop arguing with the ref and focus on the ball instead.