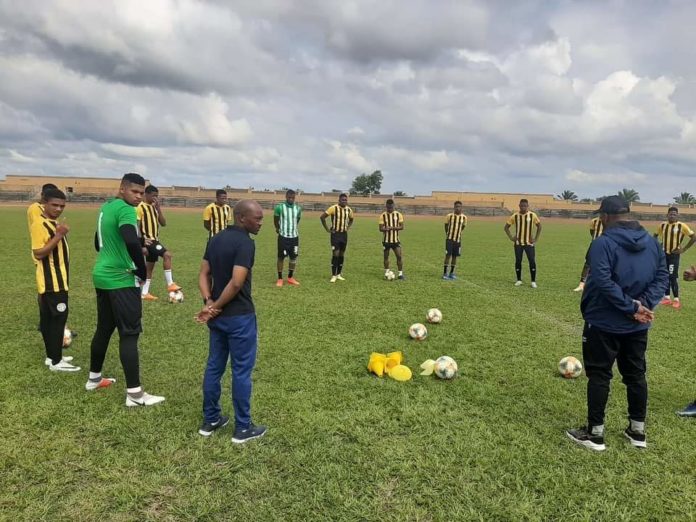 Bloemfontein Celtic defeated AS Maniema Union 2-0 in their first leg of the CAF Confederation Cup on Sunday afternoon at Joseph Kabila Kabange stadium in Kindu, Democratic Republic of Congo.

Celtic striker Harris Tchilimbou opened the scoring inside ten minutes of the first half. The newly signed striker from Uthongathi Menzi Ndwandwe increased the lead for Bloemfontein Celtic.

The Free State side went to the halftime interval in control of the match. The two goals scored in succession proved enough to give Phunya Sele Sele their first ever win in the CAF tournament.

Siwelele sa Masele took a big advantage ahead of their 2nd Leg of CAF Confederation Cup with two away goals. They did not concede a goal. The home side needs a draw to go through to the next level.

Celtic head coach John Maduka didn’t travel with the team and some players were left behind to focus on the league and MTN 8 final. However, the second string team was too strong for the Congolese side.

The other South African team in the CAF Confederation Cup is Orlando Pirates Football Club, but the Buccaneers were not due to play this weekend.

Bloemfontein Celtic have to switch focus to the League and MTN 8 final against Orlando Pirates on 12 December 2020 in a venue yet to be decided by the League.

The CAF intercontinental competition 2nd leg tie is scheduled for the weekend of 5 December 2020 at Seisa Ramabodu Stadium, kickoff at 15h30.