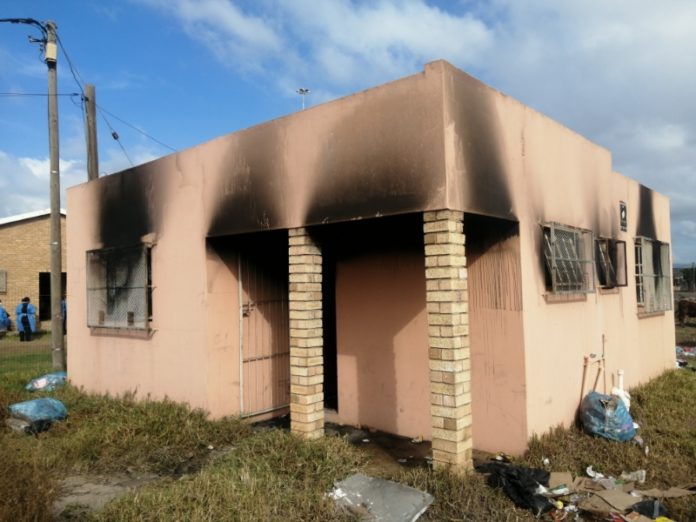 When Nelson Mandela Bay mayor Nqaba Bhanga let the residents know he could only see them on 26 May to discuss their electricity they went on a mission of destruction.

About 300 angry shack dwellers of Ngunguluza Area 11 in Kariega, Uitenhage, embarked on a violent protest on Wednesday morning, blocking Rocklands and Bantom roads with burning tyres and rocks.

A councillor’s office in Bantom road and a municipal Ford Ranger bakkie were torched.

In Rocklands road they pelted vehicles with stones and set a BMW on fire.

Parents had to provide first aid to the learners of two primary schools who were suffocated by teargas used by police to disperse the protesters.

“Learners started to cough and sneeze. Some became dizzy. We took them to classrooms and gave them water,” said parent Zukiswa Minto.

Zonwabele Kate, chairperson of phase 1 and 2, told Scrolla.Africa: “Residents are angry because they feel Bhanga does not take them seriously.”

Kate said since the area was established in 2018 they have been struggling with electricity.

“Every time they ask for electricity they are told that area is overcrowded and no electricity can be installed,” he said.

“We have been asking the municipality since 2019 to relocate phase 2 and 3 residents to phase 5.”

Councillor Plaatjies said they were trying to get the mayor “to meet with residents urgently”.