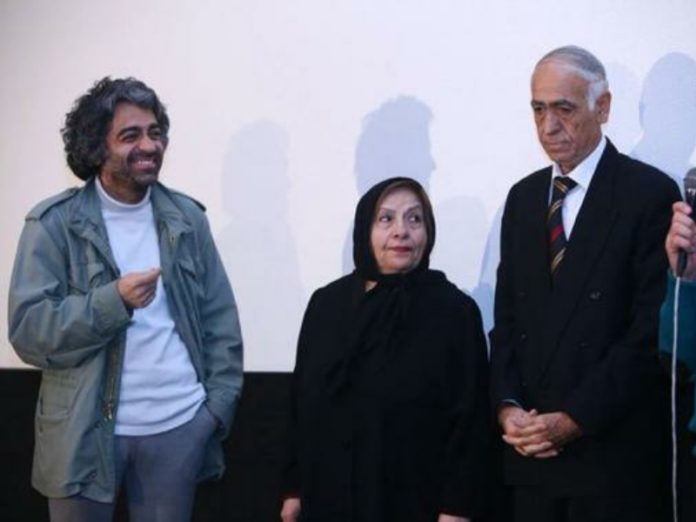 To their neighbours, Akbar Khorramdin and his wife Iran Mousavi, seemed like a regular elderly couple with happy, grown-up children.

But to its horror, the nation of Iran has discovered that the couple had a dark-side hidden away. They confessed in March to the brutal murders of their son, daughter and son-in-law.

And they say they would do it again, if they could.

The elderly couple, aged 81 and 74, first entered the public eye on a winter night in Tehran, when their son, Babak Khorramdin, brought them on stage after the screening of his documentary.

Now they have entered the public stage once again, and are being shone in a much darker light.

They were arrested after the dismembered remains of their 47-year-old son Babak were discovered by police.

Akbar and Iran confessed to the murder, telling police that they subdued him with sleeping pills before tying him up, suffocating him, and stabbing him. They then dismembered his body.

Over the next few days, it emerged that they had done the same thing to their daughter Arezou (who disappeared in 2018) and her husband (Faramarz, who went missing in 2011).

“I have no guilty conscience for any of the murders,” Akbar said in a television interview from detention. “I killed people who were very morally corrupt.”

They say their son was promiscuous and physically aggressive, while their daughter was addicted to drugs and alcohol.

Friends and neighbours of Babak and Arezou have expressed bewilderment at this description.

The case has rocked Iran, and much of the coverage has surrounded the fact that state law – which is based on Islamic sharia law – carries a maximum penalty of 10 years for the killing of one’s child.

Akbar and Iran could face the death penalty for the killing of their son-in-law, but not their children.