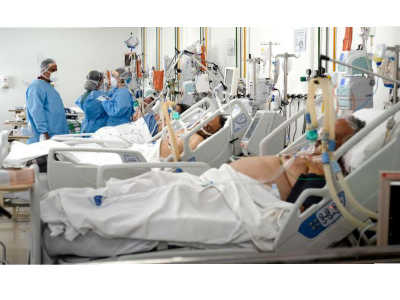 Countries with greater numbers of overweight people have the highest death rates of Covid 19, a report by the World Obesity Federation has found.

Nine out of every ten deaths caused by Covid-19 have been in countries with high rates of obesity.

Meaning that of the 2.5 million to have died of the virus, 2.2 million occurred in countries in which over 50% of the adult population are medically overweight.

This list includes South Africa, where 53.8% of adults are overweight or obese, and 28.3% are obese.

While being overweight was already known to increase people’s risk when they contract infectious diseases such as flu, this landmark report has found that being overweight is the second biggest factor in the Covid death toll, behind age.

“The correlation between obesity and mortality rates from Covid-19 is clear and compelling,” said Dr Tedros Adhanom Ghebreyesus, the Director general of the World Health Organization.

The report has been met with calls for governments across the world to prioritise vaccinating the overweight within their populations, as they are at greater risk of dying or becoming severely ill.

It has also prompted calls for governments to tackle the obesity crisis with greater urgency.

Most countries are set to miss the UN target of halving the increase in obesity levels between 2010 and 2025.

According to the report, South African men stand a 0% probability of meeting this target, while the women’s chance is only slightly less hopeless, at 1%.

Dr Tim Lobstein, the author of the report said, “We were shocked to see such a high correlation between a country’s proportion of overweight adults and its deaths from Covid-19”.

He also stated that as long as government’s favour the economic incentive for cheap food, the problem is not likely to go away.

To make matters worse, the global obesity crisis has worsened during the pandemic, with more people compulsively eating while being stuck inside, and fewer exercising.