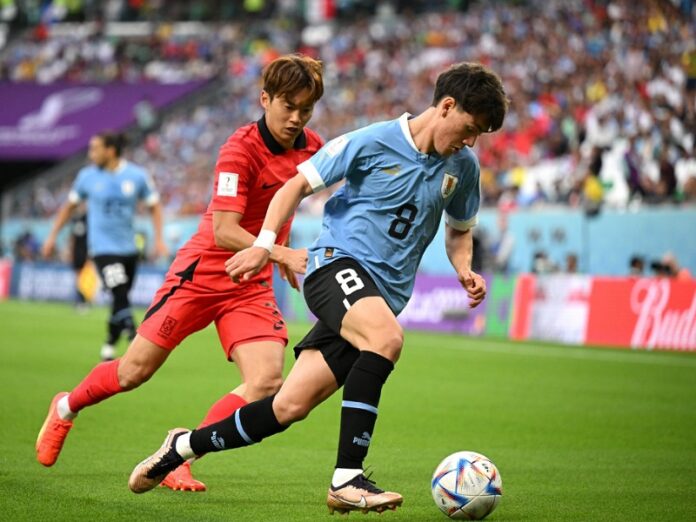 Another goalless draw was in store for Fifa World Cup viewers with top spot now on offer to Portugal and Ghana for the time being after Korea Republic and Uruguay failed going forward.

The 90-plus minutes saw just one attempt on target and only really came alive in the dying embers.

With prolific Premier League stars like Son Heung-min and Darwin Nunez leading the respective lines one would have expected more than the hard-fought, defensive-driven affair on offer.

Possession was evenly distributed throughout the game, while Uruguay came closest in terms of chances created in the first half when Diego Godin struck the woodwork.

The second period was a slow burner and only sprung to life in stoppage time when Fede Valverde struck a rocket onto the post.

The spectators were awakened and it was end-to-end stuff as Tottenham Hotspur star Heung-min fired just wide for the South Koreans.

Perhaps the end result was only fair to the defenders of both sides. The scoreline also means that eight sides have now drawn their opening game at this year’s edition without scoring — the most in the first round in World Cup history.

The points being shared is a perfect opportunity for Cristiano Ronaldo’s Portugal and the Black Stars of Ghana when the two sides meet on Thursday evening.

Pictured above: Nothing to separate Korea Republic and Uruguay