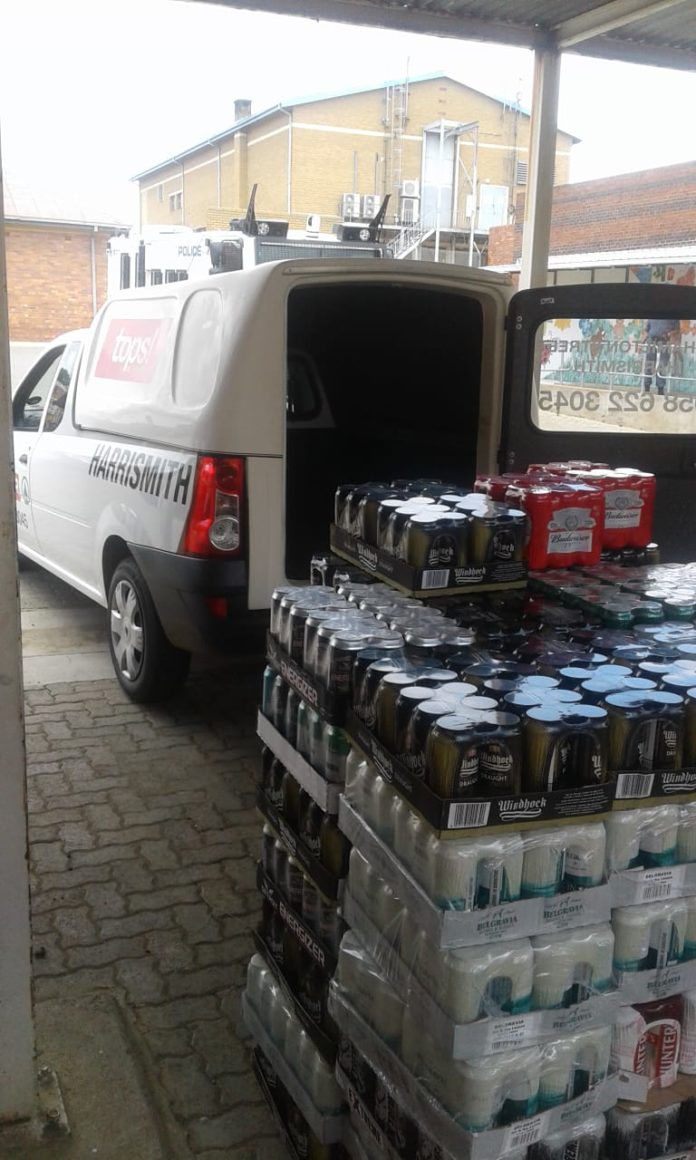 Trying to move a bakkie-load of booze to a safer place has turned out to be an expensive exercise.

The Tops in Harrismith, Free State, has lost more than 850,000 litres of beer and cider.

And the driver of the vehicle has been fined R5,000.

The cops stopped the company’s Nissan NP200 on Tuesday morning and a 57-year-old driver was arrested.

The driver, who did not want to be named, said the alcohol was being transported to a safer storage place.

“We have had problems with an alarm that kept on going off at the store and the alcohol was not safe,” the staff member told Scrolla.Africa.

“The alcohol was being taken to storage when the police stopped the bakkie.”

He said cops did not want to listen to his story and the bakkie and the alcohol were confiscated.

“The fact is, the alcohol was not being sold,” he said.

Mbambo said: “On 19 January at about 10:30, Harrismith Visible Policing received a tip off about someone who was transporting liquor using a company bakkie. The liquor was transported from Tops bottle store to an unknown destination. The vehicle was spotted driving in Stuart Street and was found to be loaded with alcohol. The 57-year-old man was fined R5,000 for violating Disaster Management Act Covid-19 regulations.”