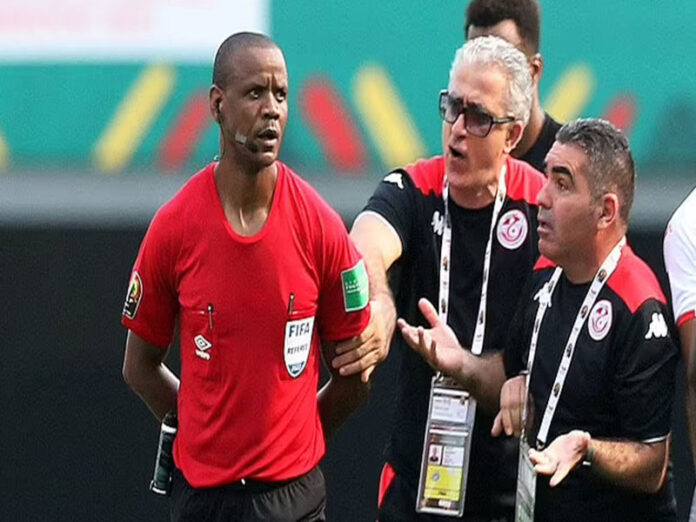 It is no secret that the vast majority of the world doesn’t give the African Cup of Nations (Afcon) the respect it deserves. In sporting circles it is often treated as no more than an inconvenience.

But every two years Africa has the chance to prove them wrong by putting on a good display during the tournament. Nonetheless, the Afcon continues to suffer through controversies.

On Wednesday, the reputation of Africa’s biggest tournament took another major blow, this time as a result of a major refereeing scandal.

The Mali vs Tunisia match was already hampered because Mali had to suspend their training session due to the gun battles between the Cameroon government and armed rebel forces in the western regions of the host nation.

Then the match provided its fair share of drama in the final five minutes. At the 85th minute mark, Mali had a 1-0 lead, when Zambian referee Janny Sikazwe blew the whistle to end the game.

Furious protests and mass confusion saw officials ordering the play to be restarted for the final five minutes plus any extra time. But there was more controversy to come when the referee blew the whistle at 89 minutes.

The Tunisian players and staff alike were livid, furiously protesting in the faces of the officials in the post-match press conferences where the Tunisian manager was letting his feelings be heard.

The Confederation of African Football (CAF) interrupted him and said the game would be restarted and the final three minutes would be played.

Tunisia refused to make their way back to the field and Mali were declared the winners, but the Tunisian football association are said to have filed an official complaint with a request for the game to be replayed.

“The players were taking ice baths for 35 minutes before they were called back out again. I’ve been coaching for a long time and I’ve never seen anything like it,” Tunisia’s coach, Mondher Kebaier said.

While situations like these may add to the drama of such a spectacle, there is no doubt that it further damages the reputation of what is supposed to be one of the biggest tournaments in world football.

Once again, Afcon has become the laughing stock on all social media platforms instead of being a glittering showcase of African football.