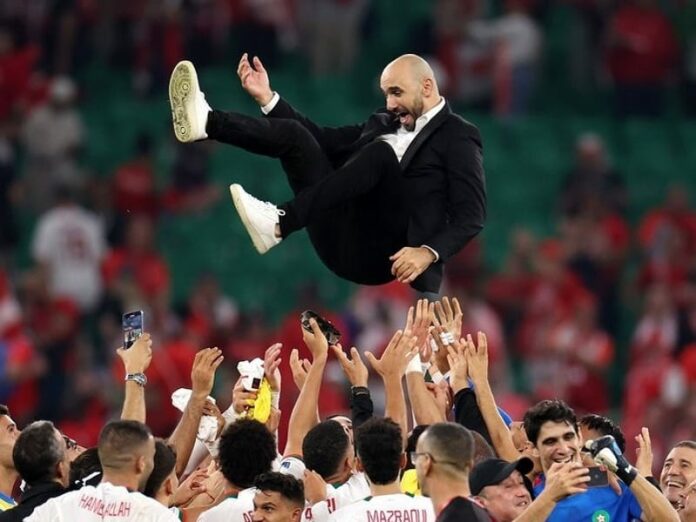 PICK OF THE SPORT: The knockout stages of the 2022 Fifa World Cup have arrived with everything now on the line.

From this point onwards in Qatar, one game means the world. Win and you go through, lose and you go home – it is as simple and complex as that.

There are no more second or even third chances. One game of football will now decide the fate of entire nations at the World Cup.

Sixteen of the best football nations in the world will go head-to-head for a spot in the quarter-finals.

With big-hitters Germany and Belgium already knocked out, teams like Morocco and Japan are making rare appearances in the knockout stages.

Australia also booked their spot in the round of 16 for the first time since the 2006 tournament.

The knockout stages will begin with the Netherlands taking on the United States at 5pm on Saturday, followed by Argentina facing Australia at 9pm.

Sunday will see the reigning champions France facing Poland at 5pm before England take on Senegal at 9pm.

The round of 16 action will continue on Monday with Japan going up against Croatia at 5pm, followed by Brazil taking on South Korea at 9pm.

The end of the round of 16 will have African side Morocco facing Spain at 5pm before Portugal take on Switzerland on Tuesday night at 9pm.

The World Cup will then have its first days off as the quarter-final action begins on Friday at 5pm.

History has already been rewritten in Qatar and fans can expect several more upsets along the journey to the final on 20 December.

All the World Cup knockout action can be watched live on DStv channel 202.

➔ There was a time when rugby was a winter sport, but that is ancient history. While international test rugby is over for the year, rugby fans can look forward to a busy December with four South African franchises continuing their stormy campaign in the United Rugby Championship.

Last weekend the shameful performance by the Sharks saw coach Sean Everitt getting the boot and director Neil Powell stepping into the coaching role. It will be interesting to see how they shape up against the Ospreys tonight.

The Dubai Sevens will be on your television set all weekend with 45 matches being played between now and Saturday evening. Expect to see the Blitzbokke doing well but coming nowhere near to winning. Next week’s tournament in the Mother City is already close to sold out, but then, in Cape Town in December “any excuse for a party” is a way of life.