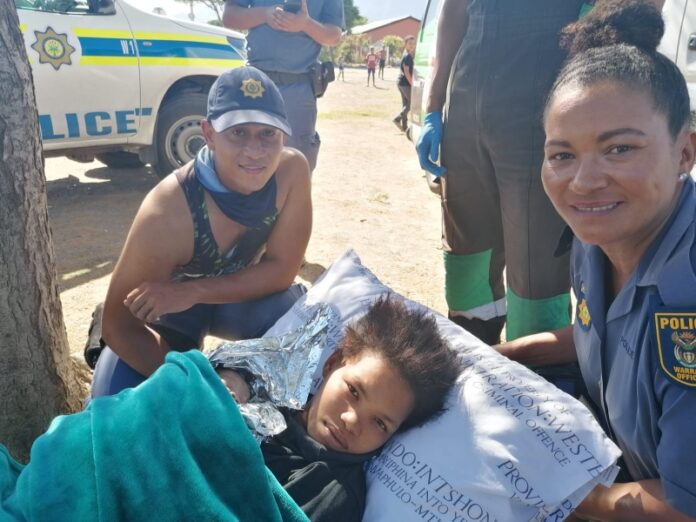 When Warrant Officer Anneline Fielies set out to patrol down Aan de Doorns Road in Worcester, the most she could have expected would be to make an arrest or two. She never imagined she would end up delivering a baby boy!

On Tuesday afternoon, a heavily pregnant woman was walking back from a routine hospital visit in the company of her boyfriend when suddenly her water broke.

The desperate boyfriend left her in the shade of a tree and went searching for help. He was grateful when he spotted a police van patrolling the area.

Officer Fielies told Scrolla.Africa that she was stopped by a man frantically pleading for help.

“He asked us to help his girlfriend who was in active labour sitting under a tree,” said Fielies.

“As I was rushing to go and help her I called an ambulance,” she said.

When Fielies got there she made the woman comfortable and helped her to sit in a delivering position so she could monitor how far the baby was.

“She was in pain. A crowd was starting to gather. I used a blanket to cover the area to give her some privacy.

“Upon examination I could tell the baby was close. I decided to use my first aid skills to help her deliver,” she said.

Constable Monray Langdon arrived just after the baby was born. He offered his shirt to cover the baby and keep him warm while they waited for the ambulance to arrive. The infant was safe, the mother was safe. Warrant Officer Fielies was smiling.

The mother was taken to Worcester hospital.

Worcester Police spokesperson Warrant Officer Vathiswa Jacobs said they are proud of the officers for assisting the young woman to give birth.

“They didn’t only patrol the streets to keep residents safe but also made sure the mother gave birth safely while she maintained her dignity,” she said.