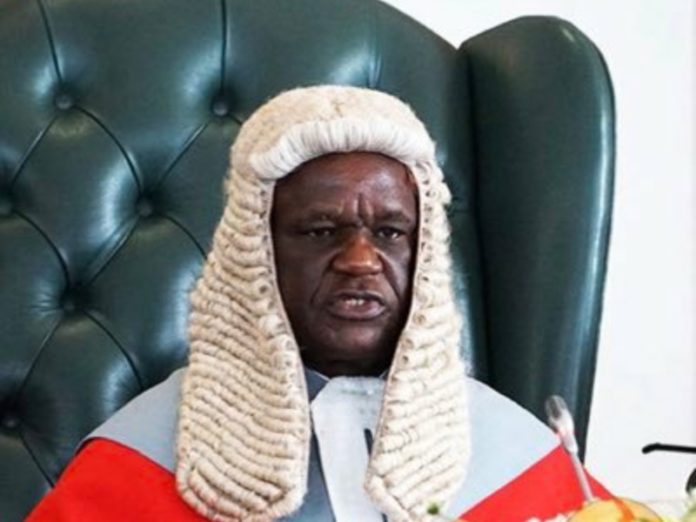 In spite of the best efforts of Zimbabwean President Emmerson Mnangagwa, former chief justice Luke Malaba has been told to step down.

The High Court of Zimbabwe on Saturday spoiled what could have been a perfect birthday present for Malaba by denying him an extension to his term of office.

Malaba’s term ended yesterday when he turned 70, in compliance with the country’s constitution – in spite of the president’s attempt to rush an amendment into law on Wednesday to raise the retirement age to 75 years.

The amendment was challenged in the High Court by the Zimbabwe Human Rights organisation, the Young Lawyers Association of Zimbabwe and also Frederick Mutanda, a veteran of the war of independence. They claimed the new law did not apply to Malaba and other sitting judges.

Justice Happias Zhou, delivering the High Court’s verdict, said: “In view of the decision that we have, honourable Malaba ceased being a judge at midnight on 15 May.”

The decision did not go down well with the government. Malaba is a known friend of the president.

Ziyambi said they did not accept the decision.

“We have a serious situation of a judiciary that has been captured by foreign forces in this country,” said Ziyambi.

Ziyambi also said that this included the main opposition, Movement for Democratic Change.

Magaisa said: “This was quite a nasty birthday present for the former head of the judiciary. Having sat in judgement of others he was now the subject of a judgement himself.”