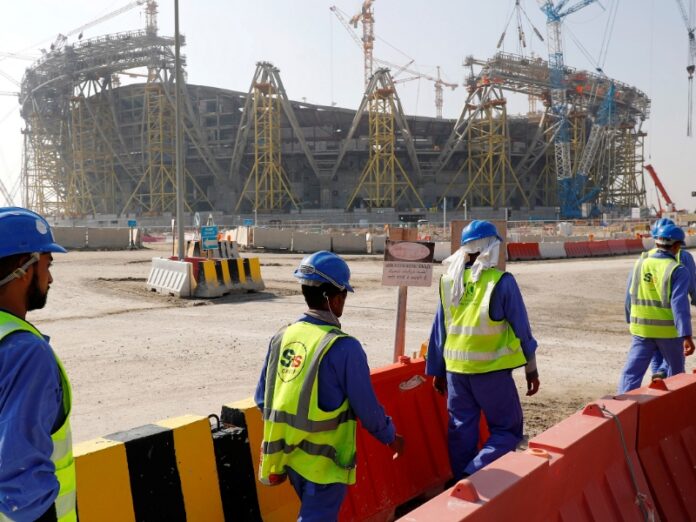 A pair of Norwegian journalists reporting on the working conditions of migrant workers at the 2022 FIFA World Cup were detained in Qatar as they attempted to leave the country.

The two journalists interviewed several migrant workers showing their working conditions during a broadcast and told viewers that workers were “doing awfully.”

Both journalists were arrested outside their hotel on Sunday night and taken to a police station for questioning. They were released two days later and are now home in Oslo.

A Qatar government spokesperson said that the journalists were detained “for trespassing on private property and filming without a permit.”

Earlier this year, a report indicated that around 6,500 workers had died due to poor working conditions in Qatar as many still suffer from being bonded to their bosses despite law changes in 2018.

“In the encounters we had with workers they did not wish to speak with journalists on camera. When I asked them for an interview, you saw the fear in their eyes,” one of the journalists said.

The Norwegian broadcaster NRK said they considered the detainment of their journalists an attack on their freedom and free speech.

“It is unacceptable for the media to be prevented from practicing free and independent journalism at one of the world’s largest sporting events. We will be discussing how this should be handled with FIFA,” the publication’s managing director, Thor Gjemund Eriken, said in a statement.

This was not the first time Norway has come to blows with Qatar. The two journalists were due to meet with Abdullah Idhais, former communications director for the 2022 World Cup who has publicly criticised the Qatari regime but was arrested before the planned interview.

A Norwegian football magazine released an extensive article outlining the possible reasons for Idhais’ arrest, arguing that he was arrested to protect the Qatari regime’s reputation after he criticised their treatment of migrant workers.