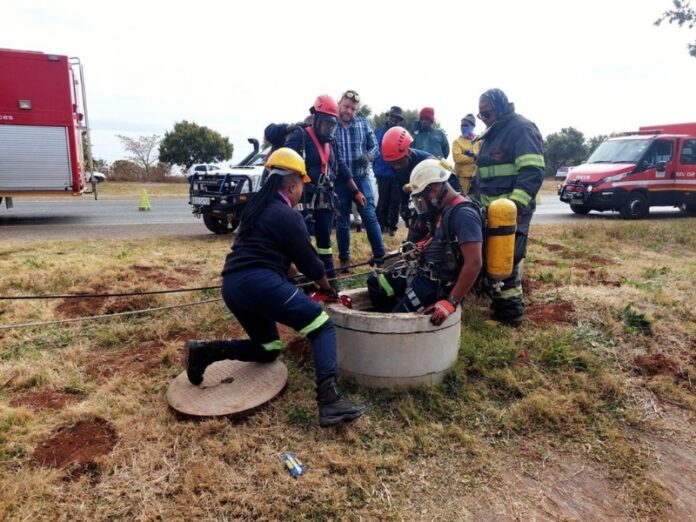 It’s been 10 days since Soweto boy Khayalethu Magadla fell into a manhole and he still hasn’t been found.

Khayalethu, who would have turned six on Monday, fell into the exposed manhole while playing soccer with his friends at a park on Mtambo Street in Dlamini on 12 June.

Search and rescue teams have so far covered over 13 km of the sewer system between Dlamini and Eldorado Park in the hope of retrieving him.

Joburg Water joined in the search and isolated reservoirs and sewer network points on Tuesday night in order to assist search and rescue teams.

On Wednesday the teams excavated the embankment from approximately eight metres above the manhole to expose the pipe, after which a hole was drilled to insert an underwater camera in search of the boy.

Spokesperson for Joburg Emergency Management Services Robert Mulaudzi said the narrow infrastructure of the manhole was a challenge for rescuers as was poor visibility.

Mulaudzi said last week that the operation had been declared a search and recovery as the chances of finding Khayalethu were slim.

The boy’s father, Kholikile Magadla, said he felt helpless and was unable to sleep.

“I am always there when they search, each day and every night. I am praying to find my child,” he said.

The manholes are 1.8m deep and 1.2m in diameter and the wastewater in the pipes flows at up to 11km/h, presenting a challenge for divers. Higher than normal water levels, due to rain, have also been a factor as per TimesLive.