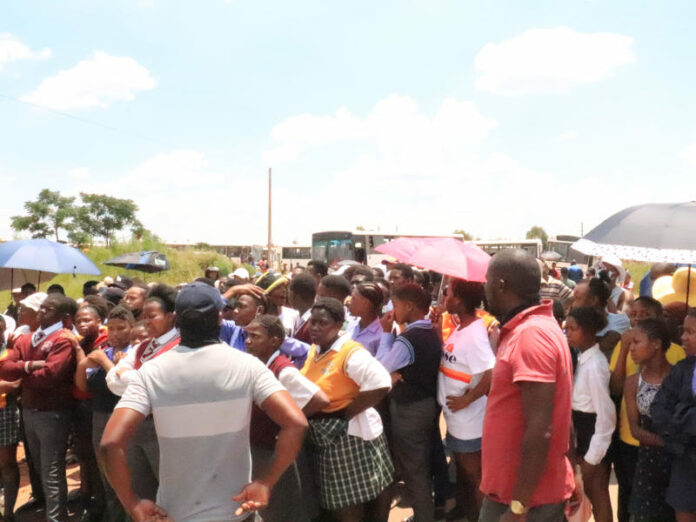 Parents of learners in Siyanqoba, Emalahleni in Mpumalanga are fuming over the shortage of scholar transport in the area.

Since schools reopened on 4 April, over 800 learners failed to attend classes as there are not enough buses and drivers to transport the high number of learners. The transport operators are only paid for one pick up and drop off and cannot go back to pick up those pupils who don’t get onto a bus because it is already full.

A parent in Siyanqoba, Busisiwe Mahlangu, told Scrolla.Africa that they have now resorted to waking up early and standing in the cold to ensure children can get a seat on the buses.

“We have tried to talk to the drivers to allow more children on the bus but they said it’s dangerous to overload children and they cannot afford to pay fines for overloading from their own pockets,” she said.

Mahlangu said the community has over 2,000 students who are of schoolgoing age and a third of the number is missing out and falling behind on lessons, as the nearest school is in  Emalahleni, over 20km away .

“Siyanqoba is growing. We need a school, clinic and a police station as we travel to Emalahleni town to access services. Our children’s academic performance will be affected, as they spend the day roaming around in their uniforms,” she said.

Siyanqoba councillor Mandla Tolo said the scholar transport challenges started back in 2018, and up to date only 16 buses have been allocated to ferry learners to and from schools.

“We engaged with the royal house of The Manala Mgibe and they advised us that they will donate a farm to build a school, in partnership with a mining company, but we are still awaiting government approval.”

Mpumalanga Department of Public Works, Roads and Transport, MEC Mohita Latchminarian said that she visited the area in February when the parents held a protest regarding scholar transport.

“After engaging with the concerned parents, the department alleviated the situation. I am just hearing about the news that there is still a shortage. A team will be deployed so that we can get as much information as possible and assist,” she said.