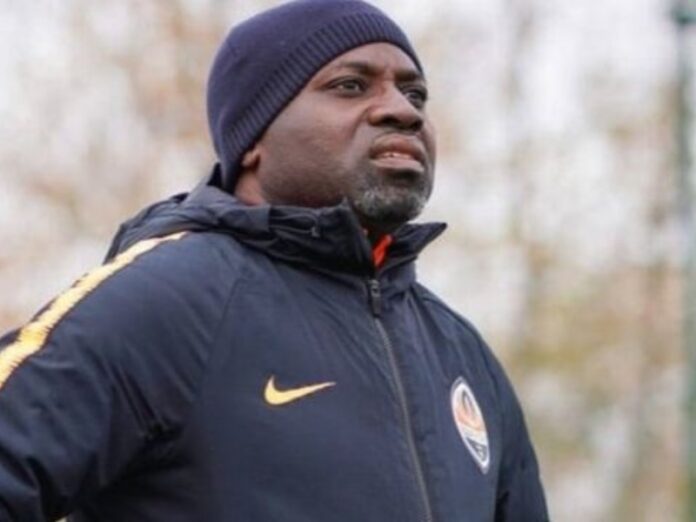 Until last month, Nigerian coach Obi Ojimadu was working his dream job for Ukrainian football side Shakhtar Donetsk – but that all came to an end when Russia invaded.

Despite his family managing to flee the war and get to Hungary, the effect of the invasion still traumatises them.

“When you start hearing the explosions getting closer to you, it is heart-wrenching. It is so scary,” the grassroots football coach told BBC Sport.

Ojimadu spent days in the basement of their house with his wife and their three children, fearful of any noise as they tried to work out a way to flee the conflict.

“We were in the basement of our house and the trauma was so much that any slight noise had us on edge. This is a terrible kind of stress to go through especially for kids,” he said.

The fear remains with the family even though they are safe in Hungary.

“Even the sound of a utensil falling to the ground scares us,” the coach said.

“If you hear any kind of noise or a car passing or a helicopter flying by, you wonder what is happening. You have all these apprehensions,” Ojimadu said.

Adding to their stress, two of the coach’s children fell ill during their three-day journey from Kharkiv to Budapest.

The family left Ukraine on 27 February and arrived at the beginning of March.

“Our lives were really in danger, that was why we made that decision to move as quickly as possible,” Ojimadu said.

“There was an issue with the train in Kyiv. We had to wait seven hours at the train station before it moved. And that was when the fighting was heavy in the capital. We could hear explosions from where we were and we could not get out of the train.”

Ojimadu left Nigeria for Russia in 1998 on a study scholarship but years later he moved to Ukraine in order to start a business with his brother.

Over 20 years later, the coach has left everything behind once again in order to start a new life with his family.