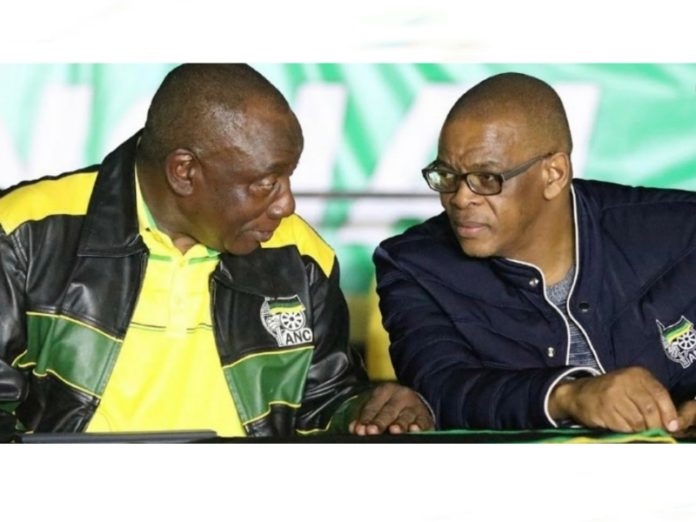 Ace Magashule is a desperate man who will do anything to cling to his full-time secretary-general position, even if it means taking the 109 year old ruling party down with him.

Magashule was suspended this week in line with the party’s step aside policy for members facing charges.

He told Scrolla.Africa that he will attend this weekend’s special ANC National Executive Committee (NEC) in his capacity as secretary-general.

“I’m still the secretary-general of the ruling party. I have appealed the suspension.”

His cheerleaders, led by ANC NEC member Tony Yengeni, have dared his NEC opponents to remove him this weekend.

“No one will dare remove our secretary-general this weekend. All hell will break loose,” he told Scrolla.Africa.

Party stalwart Snuki Zikalala said the NEC must be merciless with Magashule on the weekend.

“We cannot allow individuals to destroy a party we all worked hard to build. The NEC must be firm and force Magashule to step aside.”

All party members charged with corruption, fraud or facing serious crimes were given 30 days last month, which ended last Friday, to step aside.

Magashule was one of them.

In a bizarre twist of events, Magashule responded by suspending Cyril Ramaphosa, in his capacity as ANC president, following his suspension.

On Thursday, Ramaphosa told Parliament that his suspension was null and void.

The ANC step aside policy was given the stamp of approval by the NEC, which Magashule was part of by virtue of being secretary-general.

The battle lines have been drawn between the warring factions ahead of the NEC meeting this week.

The fragile unity crumbled as the party was divided by the pro-Magashule supporters and Ramaphosa backers.

Magashule is said to be lobbying branches to reject the step aside policy.

He was facing charges emanating from the R255 million asbestos tender issued during his time as Free State premier.