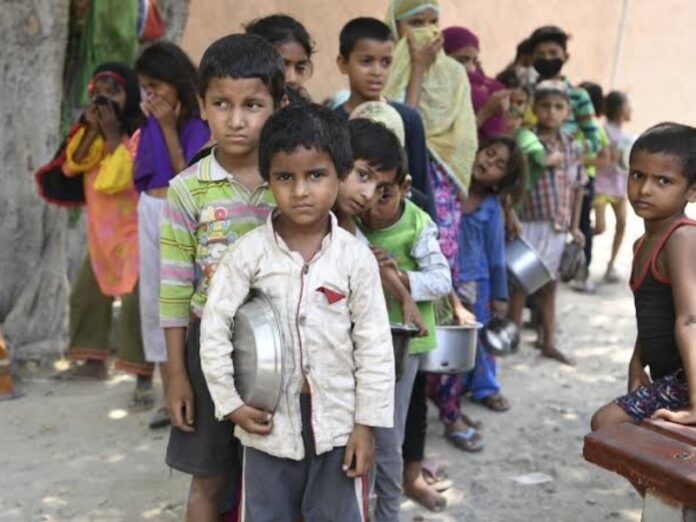 More than 1,900 children have died from malnutrition in the Tigray region in Ethiopia since June last year, seven months after civil war broke out.

According to a study conducted by Tigray Regional Health, most of the children who died were under the age of five.

A doctor who participated in the study told AP News that the true number of deaths could be higher as most hunger deaths go unrecorded.

“Families are unable to bring their children to health centres because of transportation challenges. We also cannot access most areas so we do not know what is happening on the community level,” said the doctor, who didn’t want to be named.

The deaths were recorded at health facilities across Tigray between June last year and 1 April 2022.

Health officials in the region also said they don’t have enough supplies to treat many patients and that shortages are so dire that some patients’ relatives must personally buy medicines from private pharmacies at inflated prices and bring them to the hospital before their family members can be treated.

Ethiopian authorities have blocked communications and flights into Tigray since the start of the civil war in November 2020.

In June 2021 Tigray was cut off from the rest of Ethiopia when fighters from the Tigray People’s Liberation Front recaptured most of the region.

Civil servants have not been paid in months, while many civilians have run out of cash to buy food and other goods because banking services have been shut down.

The United Nations estimates that more than 90% of Tigray’s 5.5 million people require humanitarian assistance, including 115,000 children who are severely malnourished.

For the past 18 months, a blockade has been in place, stopping almost all humanitarian aid from reaching Tigray.

The United Nations reported that of the 438 trucks sent into Tigray to deliver aid last year only 38 returned.

Research suggests that as many as 500,000 people have died in the region since the war started.