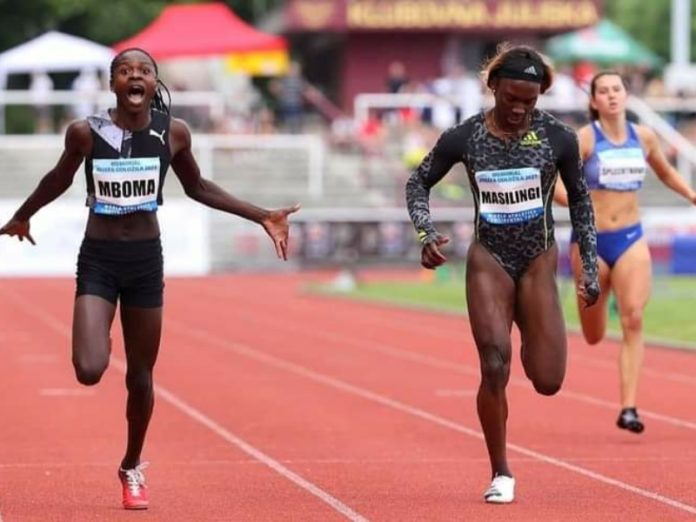 With the Tokyo Olympics just three weeks away, two Namibian runners have been barred from competing in the games.

Namibian runners Christine Mboma and Beatrice Masilingi have been banned from competing in certain events due to “a natural high testosterone level.”

The runners were set to compete in events ranging from the 400m to the 1,600m, but a similar fate to that of South African runner Caster Semenya has ruled them out of their preferred races.

Semenya is also not allowed to compete in events between 400m and 1,600m; without taking testosterone-reducing drugs.

The 30-year-old athlete has refused to take the drugs, arguing it could endanger her health.

Both Mboma and Masilingi will be able to compete in the 100m and 200m events.

American sprinter Sha’Carri Richardson has also been banned from competing at the Olympics, but this is due to a positive marijuana drug test.

The 21 year old received a one-month suspension from all competitions and will miss the opportunity to prove why she was favourite to win gold at the 100m sprint event.

Just last month, the young star won a 100m Olympic trial with an impressive time of 10.86 seconds, which surprised many and immediately made her one to watch in the eagerly awaited Olympics.

In what has been a busy couple of days for the Olympic Committee in terms of who or what is permitted at their games, swimming caps designed for natural black hair have also been banned for use.

The brand partnered with the first black female swimmer to represent Great Britain at the Olympics, Alice Dearing, in an attempt to make the swim cap more comfortable for black female swimmers, but their product has been rejected by the International Swimming Federation (Fina).

The governing body explained their reasoning behind banning the product, as it did not fit “the natural form of the head” and to their knowledge swimmers in the past have not required a cap that size and configuration.

The rescheduled 2020 Tokyo Olympics is set to begin on 24 July and will run until 8 August.