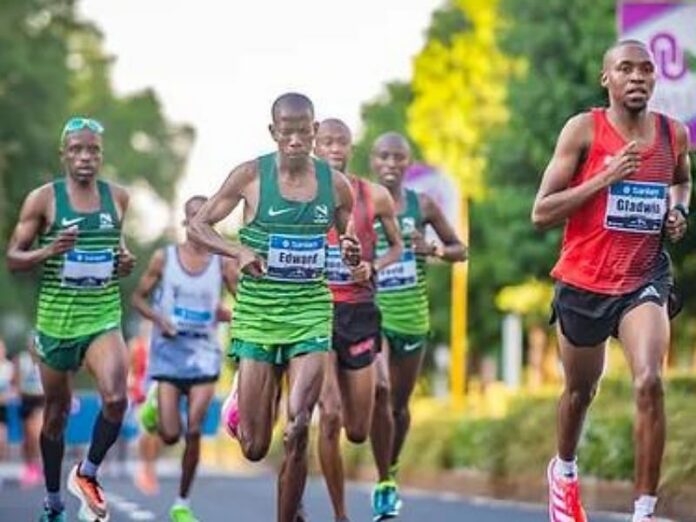 South African middle and long-distance runner Gladwin Mzazi is proving he is one to look out for after a positive start to the new year.

Mzazi said it’s been a long time since he started a year so well.

“I’m happy with the way I’ve started. The feeling of winning and being on the podium excites me,” he told Scrolla.Africa.

“I started my training in December which is early. I didn’t rest unlike other athletes who went on holiday.”

Mzazi, who is now 34, thinks things didn’t work out for him in the past because he was trying to find a balance between working permanently while training afterwards.

“I don’t think there is any athlete who can flourish while working a demanding job,” he said.

“I ended up resigning from work last year to focus on my athletics career.”

Now the former 5,000 metres South African champion who runs under the banner of the Boxer Athletics Club has a blistering time of 28 minutes 22 seconds over the 10 km distance.

He feels it is time for him to tackle the marathon.

“I still have unfinished business with the marathon. My personal best of 2 hours 16 minutes is not good. I think I failed because I had the wrong approach,” he said.

Mzazi is married to fellow runner Lebo Phalula, who made history by becoming the first black South African female to represent the country at the Olympics Games in the marathon in 2016 in Brazil.

Mzazi says the most important thing is to enjoy the sport without putting himself under unnecessary pressure.