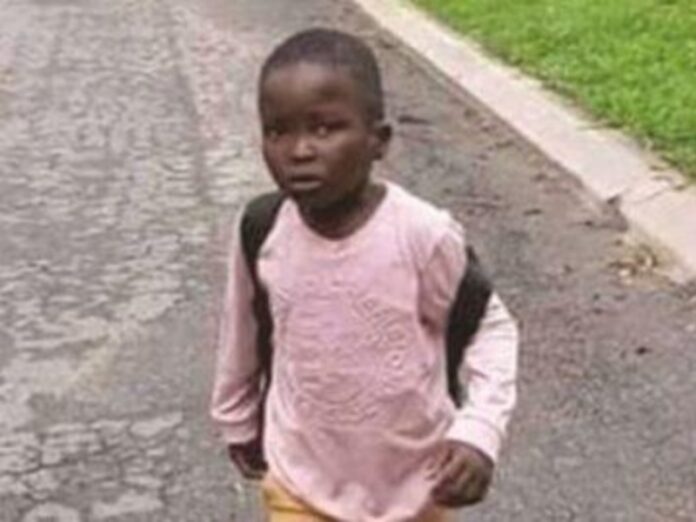 Imelani Mudau of Mukula outside Thohoyandou went missing while on his way to a local creche in the company of his mother Fhumulani Madavha on 8 January.

The deaf and mute boy was walking behind his mother and it was only when they got to the creche that it was discovered that he was missing.

Since that day, the community of Mukula has been in disbelief, each resident asking themselves how a child could just disappear in broad daylight.

Imelani’s family, the local community and police have kept up the search, but are yet to find any leads.

Imelani’s mother Fhumulani Madavha, who is pregnant with another child, says she is still struggling to cope.

“Every time I hear of a boy found anywhere, I rush there with the hope that it must be him,” Fhumulani said.

“I cannot even eat and sleep peacefully. I cannot even like to imagine what he might be going through if he is still alive and I pray everyday for his safe return.”

Recently the community went searching at the nearby Makhuvha village a few kilometres from his home after there had been rumours that the boy had been seen.

Community leader, Thivhu Muthego, who has been offering his cars to the community for transport said they are losing hope that he would ever be found.

“There has been so many rumours about him. We suspect something bad has happened to the boy. Imagine a boy his age going without food or shelter,” he said

“We need help so that he is found and returned home safely.”

While nobody knows where Imelani might be,many residents have said that the incident reminds of a case 12 years ago at Tshamulungwi in Mutale in which a child whose mother was doing laundry at the local river disappeared and was never seen again.

Constable Maphure Manamela of the Limpopo police appealed to anyone with information to contact Detective Warrant Officer Maxwell Ndidzulafhi Nemaxwi on 071 126 2569, or Crime Stop number 0860010111 or the nearest Police Station or MySAPSApp.