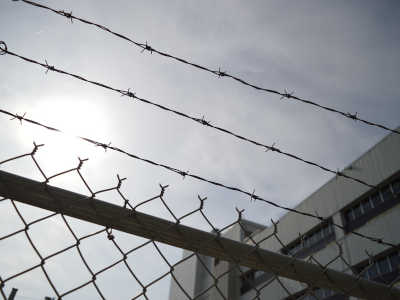 “At last we can sleep peacefully.”

This is how Sellwane Tyumbo responded to the 20-year sentence of a man who killed her daughter.

Tshokolo Mohlafu, 35, was sentenced on Friday for the murder of heavily pregnant Liza Tyumbo, 23, from Reddersburg, Free State.

Tshokolo stabbed the mother of his unborn child to death on 29 February 2020.

Liza was eight-months pregnant when she was killed during an argument over mashonisa money.

The couple had been in a relationship for five years and they were expecting their second child. They owed a loan shark R2,800.

“My daughter told Tshokolo to pay the money so she could get her bank cards from the mashonisa,” said Sellwane.

“That caused an argument and Liza was stabbed to death. I’m happy he’s been taken away from society.”

“By law, no one is allowed to keep a card even if someone owes them money,” said Makhele.

Free State NPA spokesman Phaladi Shuping confirmed that the High Court’s Free State Division sentenced Tshokolo Mohlafu to an effective 20-year imprisonment for the murder of his pregnant girlfriend. The 35-year-old from Mokoai Moletsane, Reddersburg, was sentenced to an additional 12 months of imprisonment for assault with intent to cause grievous bodily harm.

“Mohlafu accused Tyumbo of disrespecting him and stabbed her five times. Tyumbo was 35 weeks pregnant. Mohlafu ran away and was arrested a month later,” said Shuping.