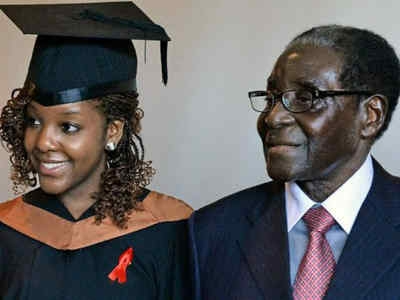 Sprawled across the face of a hill on the outskirts of Harare’s suburbs sits the scaffold-covered skeleton of a grand mansion.

Former President Robert Mugabe’s daughter Bona and her husband, Simba Chikore, are reportedly struggling to complete the mansion which they began building in Harare’s Umwinsidale Suburb several years ago.

A source at the Mugabes’ Blue Roof family home in Harare said, “At the moment the total cost of the house is expected to be at least $20 million [R295 million]. This is because the owners of the property are now struggling to finish the house, which at the beginning was supposed to cost $39 million [R580 million].”

The couple reportedly had to scale down the plans for the house after Robert Mugabe’s death in September 2019, as the former leader of Zimbabwe was financing the project. After his death, the funds dried up.

The unnamed source told NewsHawks that Mugabe gave “Bona and Simba his historic Mount Pleasant house during their wedding, but after that they asked him to build a house of their choice and dreams. Mugabe said he would fund the project.”

Bona and Simba’s “dreams” materialised into plans for a mansion which includes a 1,200 m2 basement made up of nine rooms, as well as a ground floor and a first floor each with eight rooms and a floor space of 3,000 m2.

The imposing mansion sits on a 22-hectare tract of land which cascades down the side of the mountain, and will feature a swimming pool and expansive luscious gardens.

The source added that the couple “are now struggling to complete it.

“It’s a huge project; they need millions of US dollars to finish it.”