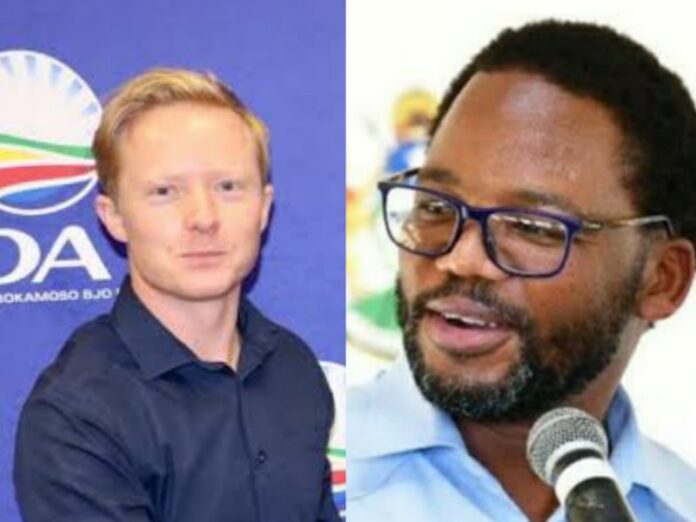 Political squabbles in KwaZulu-Natal have disrupted the plans to assist communities who have been affected by the heavy floods which caused 24 deaths in the province last weekend.

Human Settlements MEC Jomo Sibiya has been accused of sidelining the uMngeni local municipality DA mayor Chris Pappas during his visit to assist families who were affected by the  floods.

It is alleged that Sibiya chose to pay a visit to uMngeni with only ANC mayors and did not inform Pappas.

Outraged, Pappas called Sibiya demanding to know why he decided to visit his communities without telling him.

The issue soon caused worry to stir among communities who feared that they might end up without assistance due to the political fight between ANC and DA.

Those fears were well-founded, as Sibiya has since issued a statement accusing Pappas of blocking assistance and creating a no-go area in uMngeni.

“We reject any attempt to politicise the rollout of human settlements by any leader of society. This includes politicians across all political parties,” Sibiya’s said.

“[Pappas] has embarked on a campaign to monopolise this municipality into his ‘No-Go-Area Fiefdom’ despite the fact that hundreds of families are without shelter.”

The heavy rains and floods caused damages of an estimated R3-billion in KwaZulu-Natal.

The communities of Ndwedwe, Pietermaritzburg, Nquthu, uMkhanyakude and EThekwini have lost houses, roads and businesses.

Farming communities have also been greatly affected by the floods. In rural areas, the damage was also caused by lightning which killed scores of cattle and the burning of houses, especially in Jozini.

Sugar cane farmers have also suffered a huge blow. More than 1,000 hectares of farmers belonging to 70 farmers were damaged.

They now want the government to declare this situation as a national disaster so that they can access the funds from relevant structures.

Farmer Muzi Hlongwane said as much as they enjoy the rain, it becomes a problem when it’s too much because it damages their produce.