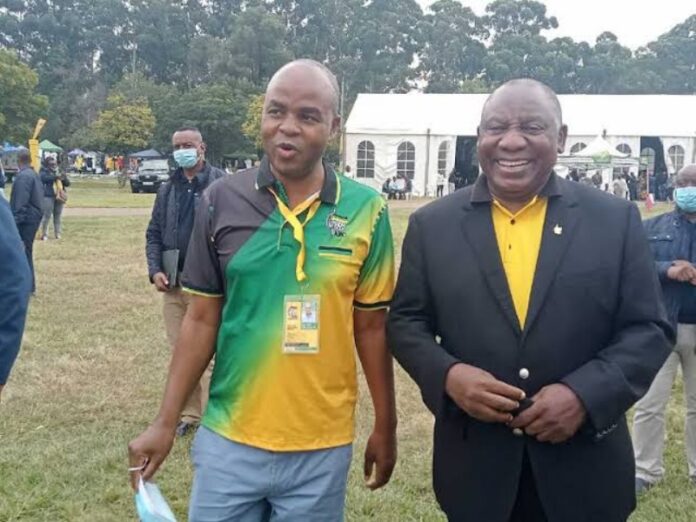 Mandla Msibi’s dance of joy after being elected to a top post in Mpumalanga was cut short when he was told he would have to step aside because he faces murder charges.

Msibii was filmed dancing with joy in the street on Sunday after receiving the news that he had just clinched the post of provincial treasurer.

However, his joy was short lived as he was soon informed by the party that he would have to step aside from his post as he currently faces murder charges.

The ANC’s treasurer and acting secretary-general Paul Mashatile was the bearer of bad news, serving Msisbi a letter reminding him of the step-aside resolution.

“Kindly confirm that your decision to step aside voluntarily on the terms and conditions outlined above remains in force,” Mashatile wrote in the letter.

Msibi, a staunch Ramaphosa ally, was suspended from his position as the MEC of Agriculture by Premier Refilwe Mtsweni-Tsipane last year following his arrest for murder and attempted murder.

He was arrested for the double murders of Dingane Ngwenya and Sipho Lubisi after they were fatally shot outside of a restaurant in Mbombela in August last year.

Since his arrest, Msibi has maintained his innocence, claiming that it was a political move orchestrated by his rivals in the province.

He has confidently maintained his innocence and has alleged that new evidence has been brought forward which will clear him of all charges.

“I will seek a meeting with the new leaders of the province and present a docket that contains information which will clear me of all charges”, he told Scrolla.Africa.

After winning the provincial treasurer post by 432 votes, Msibi agreed to step aside pending his murder trial. He is currently out on R20,000 bail.