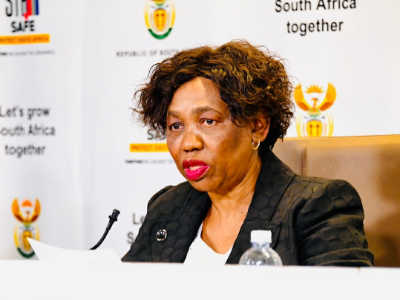 The matric class of 2020 has defied what appeared to be insurmountable odds to achieve a national pass rate of 76.2%.

“I’m really grateful because these learners faced a monumental challenge but still made it.”

The minister said the havoc wreaked by the Covid-19 pandemic which forced the country to go into hard lockdown last March created unbelievably difficult challenges for teaching in the country.

Despite the 5% drop when compared to the matric class of 2019, Motshekga said the 2020 matric class had produced quality results.

“If it weren’t for Covid, this class could have produced the best results ever,” she said.

The results are as follows:

At least 36,5% of matric pupils achieved a bachelor’s pass, with 26% scoring a diploma pass.

Motshekga announced that 83,6% of prison inmates had passed their matric examination.

Of the 124 inmates who sat for the exams, 71 passed with bachelors.

The minister encouraged those who did not make it to register for the Matric Second Chance Programme.