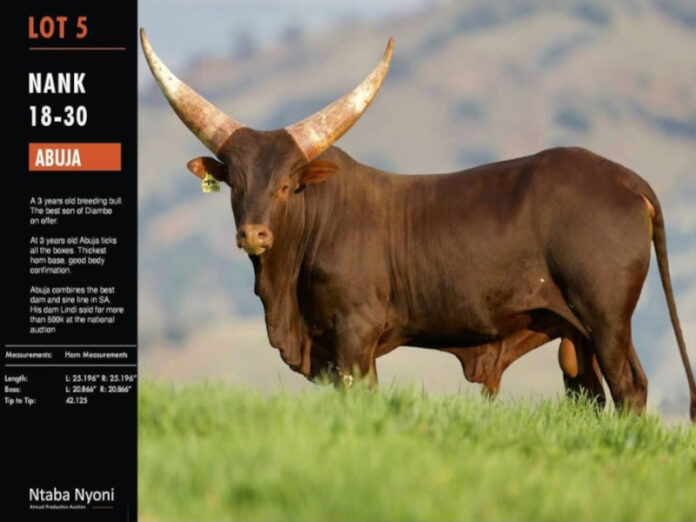 President Cyril Ramaphosa made himself a quick R10 million on Sunday from selling cattle.

The president put 72 of his cattle up for auction at the Ntaba Nyoni Cattle Farm with 16 of the prestigious Ankole cattle up for grabs.

Other cattle being auctioned included 26 Boran bulls and cows and 30 Bonsmara head of cattle.

Ramaphosa was the main force behind the establishment of the project in 2004 which imports the Ankole cattle from Uganda.

In 2017, Ramaphosa released a book as a tribute to the breed, titled Cattle of the Ages.

“They had long, white, beautiful horns glinting in the African sun, and I suddenly became fixated and couldn’t stop looking at them. I was intrigued and fell in love with these creatures,” he said in the book.

The demand for Ankole cattle has steadily increased over the last six years with breeders paying eye-watering prices for the top bulls and cows.

The Ankole breed is said to have been introduced to Uganda about 500 years ago with the majority of the breed being found in the Democratic Republic of Congo, Rwanda and certain parts of Tanzania, according to the United Nations.

The animals are especially popular among game breeders who use the bulls and cows as a tourist attraction and for hunting.