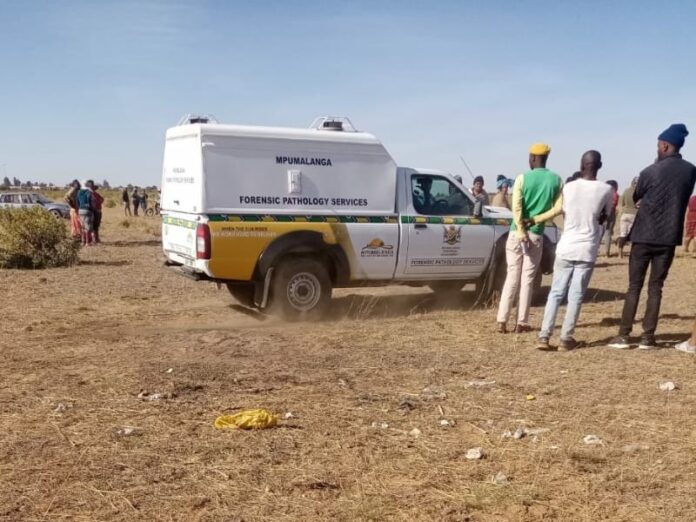 In the space of eight months, Betty Masemula has lost two of her children in a spate of suspected muthi murders which has torn apart the community in their small village.

Betty’s daughter Alerta Mashinini was the seventh victim to be brutally murdered in the past two years in the village of Vlaklaagte in Tweefonterin, Mpumalanga.

Alerta, 38, was found last week in the bush. She had been stabbed seven times and her body had been mutilated.

To add to her family’s pain, her brother Abraham Mashinini, 50, was murdered in December 2021 and his body had been dumped at the spot where Alerta’s body was found eight months later. Abram had sustained a head injury and both of his hands were burned.

Betty, who is 72, said she couldn’t continue burying her children while the police do nothing to find and arrest the murderers.

She couldn’t hold back her tears as she told Scrolla.Africa that she had to go through the same ordeal twice of identifying the body of one of her children after the horror they were put through.

“I don’t know what to say because I’m now going through this for the second time. Not so long ago my elder son was found dead here at the very same spot. Now I’m here again to fetch my daughter’s body with missing parts.

“I live in fear now, fear of losing my last child in the same way,” she said.

Last year, the bodies of three women were discovered across three different months in the same spot.

Ward councillor Sipho Mguni said they were concerned about the unsolved murders in the village.

“This is the seventh person to have been killed in the area and no one has been arrested for the murders. We believe it is time to take action. Tweefontein used to be a very peaceful community, but now we are slowly becoming a murder capital,” he said.

Residents have threatened to seek justice themselves. They believe that the police are doing nothing to apprehend the murderers preying on their village.

Mpumalanga SAPS spokesperson Brigadier Selvy Mohlala pleaded with community members not to take the law into their own hands.

“We understand that people are tired and frustrated by these incidents. This is painful, I know. We promise that justice will be served, that we will find the perpetrators,” he said.

He added that so far no arrests have been made but that they have recently made a significant breakthrough in the case. Investigators have found DNA belonging to an unknown man at the crime scenes of the three women who were killed last year.