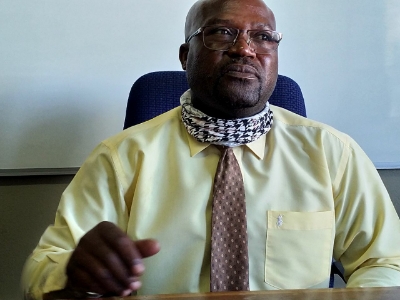 The mother killed her toddler son with her accomplice holding the boy down, then they removed his tongue, teeth, eyes and ears – and it appears she did it to sell the body parts.

Molvina Nwabisa Nkazana put the dead child in a bag with ice and lived with the corpse in her shack in Madelakufa squatter camp in Tembisa, Ekurhuleni for a month.

After several fruitless searches the cops and community planned to conduct a shack-to-shack search and a day later the child’s body was found in a car wreck three houses from where they rented the shack where the mother had dumped the child.

Investigations revealed that the mother was promised some money for the body parts.

On 8 April both Molvina and her accomplice Thandazile Shushu were sentenced to life imprisonment on counts of murder and five years in imprisonment for defeating the ends of justice. The court also declared them unfit to work with children.

Scrolla.Africa spoke to Detective Sergeant Malesela Dan Moloantoa, the investigating officer who made sure the two women were convicted.

“It wasn’t easy to be investigating and giving feedback to a person who was a suspect,” he said.

“Molvina didn’t show any remorse. She even went out on a drinking spree while residents were looking for her son.”

He said Molvina who is originally from Matatiele in Eastern Cape reported the missing child to the Tembisa Rabasotho police station on 14 August 2019.

The three-year-old Terminator Khosa was found in her shack in a bag that was put in a chest of drawers facing the wall of the shack on 12 September of the same year.

“She put ice cubes around the body and disguised the smell by pouring Jeyes Fluid over the body.

Moloantoa said the mother told the police that she had been to sangomas, who told her the child had been hidden and was alive and would return after performing rituals.

Moloantoa said this is one of the biggest cases of his career.

“The case traumatised me especially when I think of the way the child died,” he said.

Scrolla.Africa team traced the woman accused by the mother of killing the child for muthi.

Buziwe Mphokela said she wants to see the killer-mother and ask her why she chose to accuse her out of all the people in the community.

“She owes me an explanation,” said Buziwe.