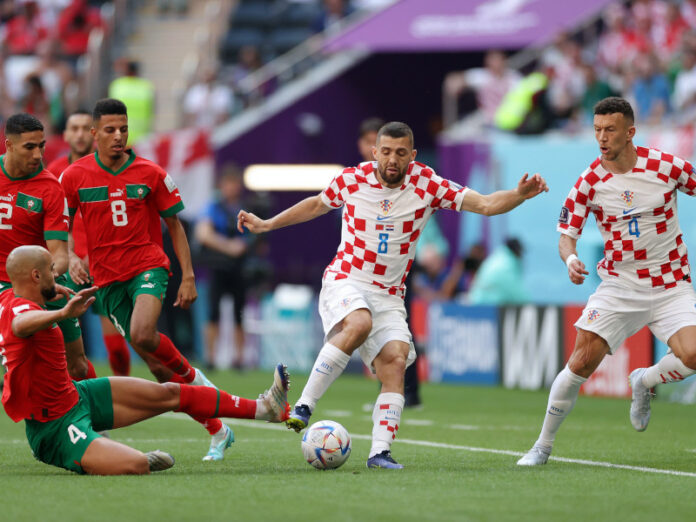 Earning a point off the 2018 Fifa World Cup finalists Croatia is a positive result for Morocco.

The North Africans have not won a single World Cup fixture since their final group stage game in 1998.

From then on Morocco failed to qualify for the next four editions of the World Cup before making a return in 2018.

They however failed to win a game at the World Cup in Russia and will feel confident after holding off Croatia on Wednesday at the Al Bayt Stadium.

Morocco’s game plan was simple, press high up the field and remain solid in defence.

For Morocco’s head coach Walid Regragui the game plan nearly earned his side a much-needed victory.

However, for the third time at the Qatar World Cup the fixture ended as a goalless stalemate.

Croatia were major favourites to come into the game and push their African opponents aside but Morocco arguably played the better of the two.

Both goalkeepers were comfortable throughout the game and weren’t tested enough.

Morocco proved too organised and showed too much work ethic to allow the Croatian attack any clear cut chances.

The North Africans enjoyed some freedom on the counter attack and found themselves behind the Croatian defence on several occasions but failed to put the ball away.

Croatia on the other hand will go back to the drawing board after struggling in the attacking third in their World Cup opener.

And the group does not get any easier. Croatia face Canada in their final group stage matches and next up for the African side is a matchup on Sunday against Belgium, the side ranked second in the world.

A win against Belgium would put Morocco in prime position to advance to the group stages for the first time since 1986.

Pictured above: Morocco and Croatia