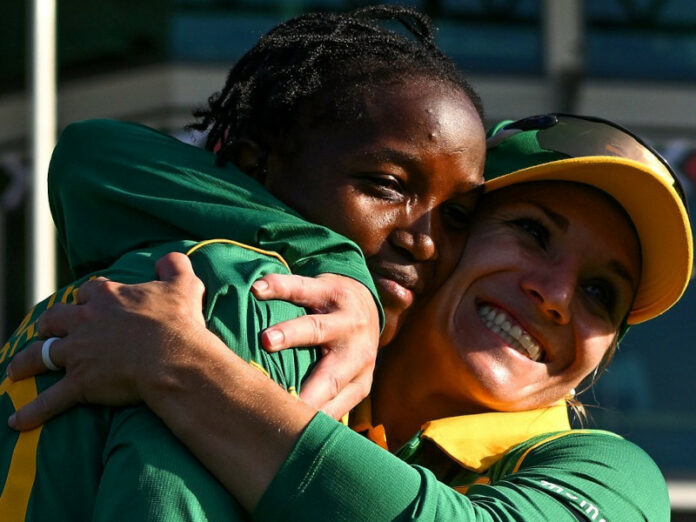 Nigar Sultana won the toss and Bangladesh elected to bowl first. The Proteas started well with 22-year-old opener Laura Wolvaardt scoring 41 off 52 deliveries before being beaten by an accurate Ritu Moni.

Marizanne Kapp (42) and Chloe Tryon (39) played good knocks. However, the wickets quickly fell around them. South Africa finished all out for 207, knowing that lots of work had to be done in the field.

Bangladesh put up a solid start with the bat, getting to 71/1 just after the 20 over mark. However, soon thereafter, Khaka struck some big blows and five overs later it was 85/4.

Moni (27) and Sultana (29) made some fearless cameos, but it was too little too late as the Proteas bowled them out for 175, winning by 32 runs.

Sune Luus’s side will next take on Pakistan on Friday and the South African skipper knows there is still some fine tuning to be done with the bat, but praised Khaka’s performance.

“We are proud of her, she’s our golden arm at the moment. We’ve got a great bowling attack and everybody complemented each other well today. I think we couldn’t get off to the start we wanted to and we couldn’t get those partnerships going,” Luus said post-match.

“It was a good effort by Kapp to get us to that 200-run mark, I think that was important for us, but we would need bigger scores in the upcoming games. We didn’t play to our best potential today, but we’ll hope to do better in the next game,” she added.