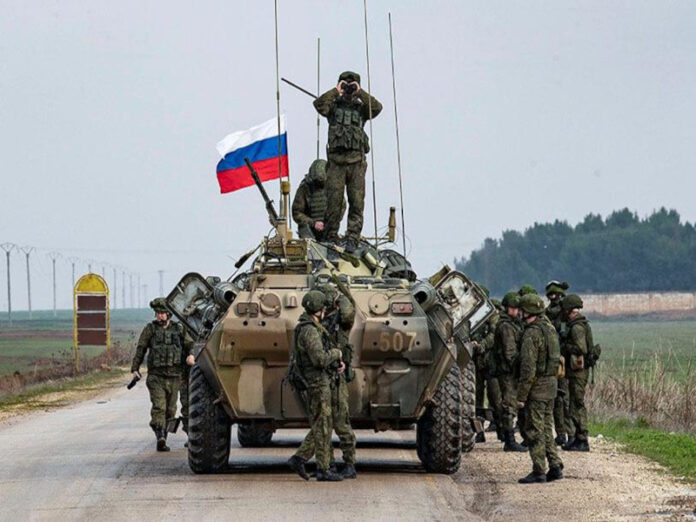 Following a short speech from Putin, loud explosions were heard around Ukraine’s capital  Kiev signalling Russia’s willingness to increase tensions that many fear could result in a war in Europe.

In a clear threat to Nato, Putin said: “To anyone who considers interfering from the outside, if you do, you will face consequences greater than any you have faced in history. All relevant decisions have been taken. I hope you hear me”.

Several cities near the coastline in Ukraine heard explosions as Russia’s invasion of the eastern regions of the country got underway.

Foreign Minister Dmytro Kuleba said Ukraine was facing a “full-scale invasion”. The ministry added that “the world must act immediately.”

The interior ministry of Ukraine reported that they were under attack from cruise and ballistic missiles as Russia targeted infrastructure near major cities such as Kiev, Kharkiv, Mariupol and Dnipro.

For the first time since 1941, air raid sirens sounded over the capital and residents of Kharkiv.

Ukrainian officials confirmed on Thursday morning, just hours after the invasion began that hundreds of their troops are likely to have been killed.

The Ukrainian military also confirmed at 8am that they had shot down five Russian jets and a helicopter.

United States President Joe Biden said Ukraine has the support of the world during the unprovoked and unjustified attack by Russia.

“Russia alone is responsible for the death and destruction this attack will bring, and the United States and its allies and partners will respond in a united and decisive way. The world will hold Russia accountable,” Biden said.

As a result of the invasion, the Russian ruble fell to a record-low level since 2016, with several countries set to impose sanctions on the country in the coming days.