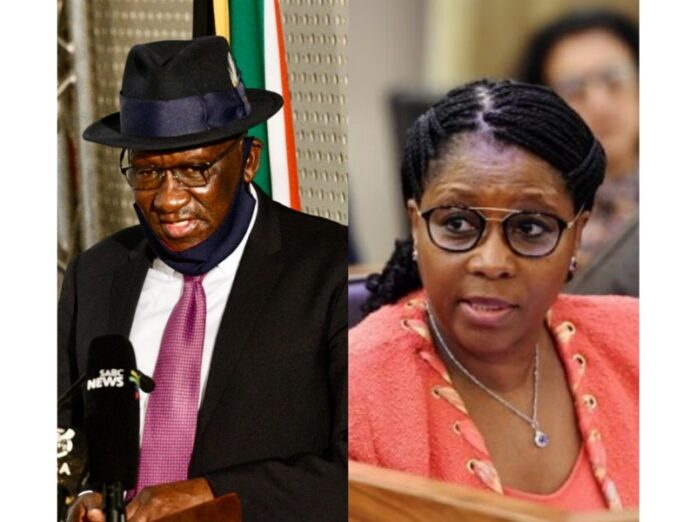 Former Intelligence Minister Ayanda Dlodlo has dismissed Police Minister Bheki Cele’s claim that no warnings were shared with him prior to the July unrest last year where more than 300 people died.

Dlodlo said she cannot be held accountable if Cele did not get intelligence updates from his department.

The current minister of public service appeared before the Human Rights Commission in Johannesburg on Tuesday, where she said her former department had provided every detail about the unrest.

“Several alerts including red alert, threat to life and property were issued to all relevant structures,” said Dlodlo.

“The State Security Agency did warn about the growing instability. If my colleagues did not get intelligence updates, I cannot be held accountable.”

On Monday Cele said he was shut out of the intelligence briefings and when he received information from other sources, he tried to verify them with police management.

Cele said one of the issues he tried to verify were threats made on social media against ministers and their families.

“There were names there that were very [active on social media] in making real calls. I remember one time there was one voice that was calling the names of the ministers to say if we don’t find them, we know where their wives and kids are,” he said.

Earlier this month, a panel of experts released a report which revealed a lack of preparation among the security ministers to deal with the unrest.

It also revealed the failure of police to deal with unrest that caused the death of more than 300 people across Gauteng and KwaZulu-Natal, and the near-collapse of the economy.