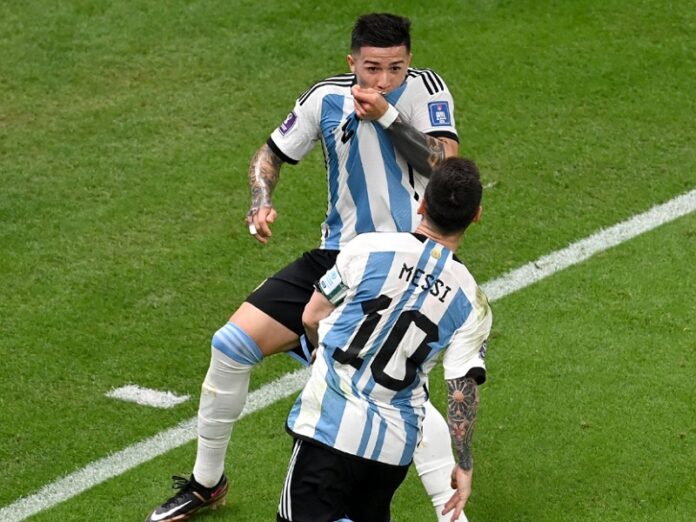 A goal and assist from Lionel Messi helped Argentina to a much-needed 2-0 win over Mexico at the Lusail Stadium.

It was all about patience for the Argentines, with no attempts on target in the opening 45 minutes for the champions of South America.

With both sides keeping the ball in equal yet ineffective measure, the game looked like it needed a moment of magic; and despite Messi being kept quiet for so long, he was the one who delivered that moment in the 64th minute.

From scorer to creator, the PSG man next went on to set up 21-year-old Enzo Fernandez for his first World Cup goal, putting the icing on the cake for Lionel Scaloni’s side in the final moments of the game.

The result takes Argentina up to second spot in the group, just a point behind Poland who they will play in their final group match on Wednesday.

Argentina now have progression to the knockout stages in their own hands, a win against Poland and they’re through.

Poland defeated Saudi Arabia 2-0 in Saturday’s earlier game, with the result coming courtesy of a goal and assist from Robert Lewandowski

The Mexicans are still in with a chance of qualification as well, needing a win over Saudi Arabia and requiring Poland to beat Argentina.