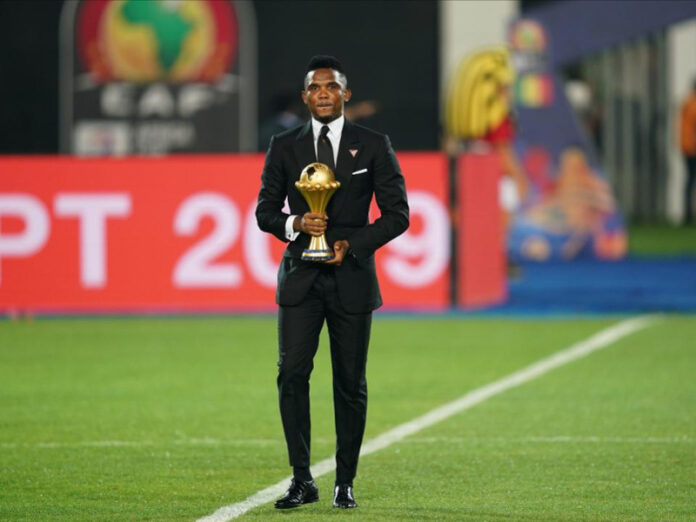 Cameroon Football Federation (FECAFOOT) president Samuel Eto’o has transformed the lives of the country’s professional footballers, ensuring that their teams pay them a full salary.

When Eto’o took over the reins in December 2021, he brought the problem to an end by ruling that teams will miss out on their monthly subsidies grant money if they fail to pay players.

“The salaries of home-based players is already known. Any club president that doesn’t pay players will no longer receive subsidies,” Eto’o said in a recent interview.

“I’m giving the players the right to press charges against clubs that don’t pay them and FECAFOOT will pay them directly from the subsidies that the clubs in question had to benefit from. I came to put things in order, I don’t speak, I act.”

This is something African football associations can learn from.

Why can’t other associations in the continental follow suit? Even SA Football Association (SAFA) and the Premier Soccer League (PSL) can benefit from this and avoid having their reputation being tarnished by their teams when they fail to pay their players.

The PSL is paying monthly grants to all the teams in both the DStv Premiership (R2.5 million) and the GladAfrica Championship (R500,000).

And it’s not as if every player under SAFA’s jurisdiction is being fairly paid; in January 2021, Tshakhuma Tsha Madzivhandila (TTM) caught the eye of SA Football Players’ Union (Safpu).

TTM had failed to pay players salaries and they went on protest which saw Safpu intervene and force the club owner Lawrence Mulaudzi to pay the players.

In February 2021 Mulaudzi surrendered his team and sold it to Abram Sello who renamed it to Marumo Gallants.

Swallows FC also had financial troubles last year. In December, they experienced financial constraints that left a number of players disgruntled and missing out on training after their December salaries were allegedly paid late.

At least nine players were paid late and some of them skipped training in January and February this year. The Safpu was involved in making sure that these players get their salaries.

They should take a leaf out of Eto’o’s book.