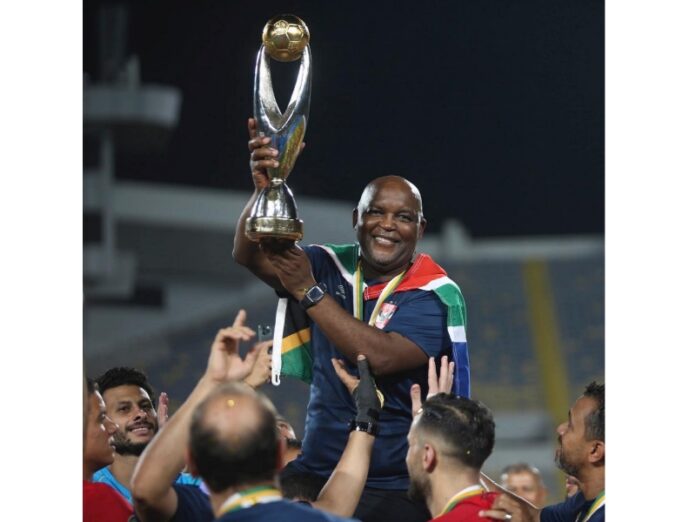 FIFA, the worldwide football governing body, has let both Pitso Mosimane and Al Ahly down because they will let their teams head into the Club World Cup without several of their top players.

The African champions will go to the tournament in the United Arab Emirates this week without seven key players due to international duties and injuries.

As Egypt progressed to the African Cup of Nations semi-finals, Mosimane will have to make do without six players who play for the Pharaohs.

To be honest, FIFA is being harsh on the Red Devils. They could have waited and started the competition after the Afcon final on Sunday. Mosimane will now have to soldier on with a weakened team.

Meanwhile, European champions Chelsea have been given a break just to participate in the competition. With the English Premier League taking a mini-break, the champions of Europe will have a full, well-rested squad for the competition.

Mosimane’s first match will be against Mexico’s Monterrey in a knockout clash on Saturday evening at the Al Nahyan Stadium in Abu Dhabi. The match will be played a day before the Afcon final.

The winner from that match will face Brazil’s Palmeiras in the semi-finals while Chelsea will face the winner of the second semi-final.

This will be Mosimane’s third foray in this competition. In 2016, he competed as the coach of Mamelodi Sundowns after winning CAF Champions League. This year will mark his second time with the Egyptian giants.

Last year he finished third after defeating Palmeiras in the third-place fixture.

Mosimane will be hoping to do better than last year but without his strongest team, it will be a difficult task.