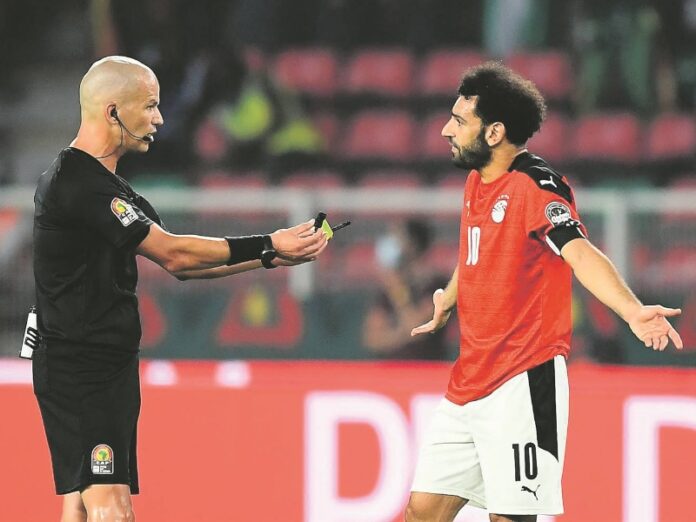 Credit must be given where it is due. We should celebrate South Africa’s best referee Victor Gomes after his brilliant performance in the final of the 2021 Africa Cup of Nations (Afcon).

Gomes became the first ever South African referee to officiate at an Afcon final and he represented the country with flying colours.

Not only did he represent South Africa well but he also brought back what has been lost in the country’s referees – hope and trust.

Football fanatics, including a number of PSL team coaches have had lots of issues regarding the poor standard of officiating in our domestic leagues for many years. The less said about referees in other African countries the better.

South African match officials have let the public down many times, and Gomes is not excluded. He was even given the nickname of “Penaldinho” due to his eagerness to give penalties during the early stages of his career.

Players knew they needed to tread carefully when Gomes had the whistle. He was not afraid to go to his pocket and even Pitso Mosimane can attest to that.

At his time at Mamelodi Sundowns, Mosimane had many heated confrontations with Gomes that would lead to sending offs.

The 39-year-old, however, has improved tremendously over the years and he is now regarded as one of Africa’s best – especially after the Afcon final in Yaounde, Cameroon  where Senegal beat Egypt to become Africa’s best.

“It’s with the constant seminars we have at SAFA, CAF and FIFA level that we improve,” said the Johannesburg-born referee on his return from Cameroon.

He asked that people be more responsible in their reporting.

“Many times the referee makes the decision and people don’t understand the application of the laws of the game and that’s where the problem is. I promise you, African referees are a force to be reckoned with.”

A moment that was applauded by many at Afcon was when Gomes offered Egyptian captain Mohamed Salah his whistle and cards to officiate the match. The Liverpool star had been complaining constantly.

“These are the types of psychological things players try to do to us. I wish I could have a little microphone so everyone could hear what players were saying to me so they could understand why I react the way I do,” he said.