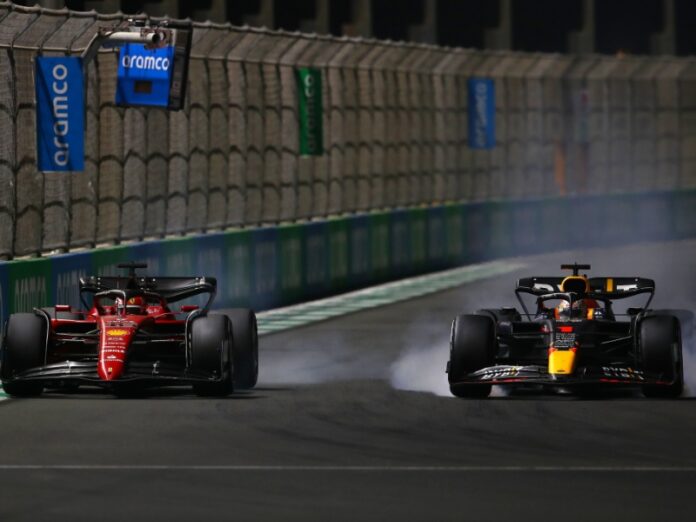 Max Verstappen is in for a season-long battle for the title once again and this time he came out on top against his rival Charles Leclerc in the Saudi Arabian Grand Prix.

Verstappen and Leclerc have a long history of battles dating back to their days of go-kart racing. Several years later they find themselves going wheel-to-wheel once again as their rivalry looks to be reignited.

The Red Bull car looked the strongest throughout the weekend, but the Ferrari dominated Sunday’s race as they continued to impress.

However, a string of issues as the race reached the final few laps had the virtual safety car deployed, allowing Verstappen to draw closer to race leader Leclerc.

The final laps of the Grand Prix were a testament to the newly designed model, proving cars can race side-by-side much better than the previous year’s cars.

Similarly to last season with Verstappen and Lewis Hamilton, this season will have Verstappen battle it out with Leclerc for the driver’s championship.

Despite the season only being two races old, both races felt like must-wins and the Red Bull team felt they had to win on Sunday evening to prove they can keep up with the Ferrari.

Ferrari won’t be disappointed with the result as their drivers rounded up the podium and again, the Italian team looked like they are well and truly back at the top of Formula 1.

Ferrari also have a 40-point lead at the top of the constructors standings.

In a track that is 80% on the throttle, the new cars showed how exciting they can be with several back-and-forth battles throughout the race.

After the race Leclerc appeared to be in agreement with the satisfied spectators, highlighting how thrilling the new cars are to race.

“Every race should be like this, it was very fun,” Leclerc said post-race.

After back-to-back race weekends, Formula 1 will take a week off and return on 10 April with the Australian Grand Prix.