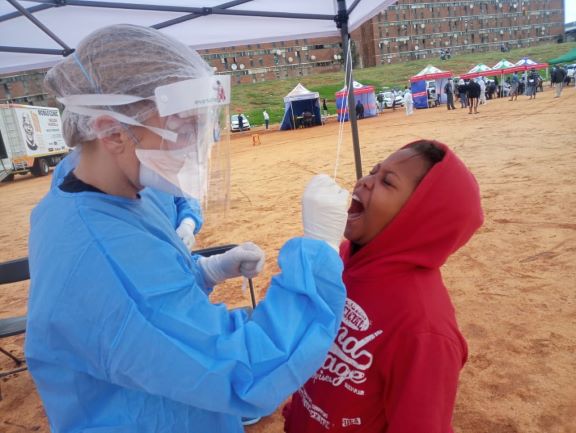 The city’s department of health set up testing stations at 16 different points, seven of them in Alexandra. Stations are at Alexandra Stadium, Marlboro Reaction Centre, Sandton Clinic and library, Modderfontein Fire Station, Petervale Clinic and other points.

In an interview with Scrolla.Africa, Chief Director of Johannesburg District Health Services Morewane Mogeru said the team intended to test at least 5 000 people on Monday alone. “While some officials are at stations, we have some who are doing door-to-door testing too,” said Mogeru.