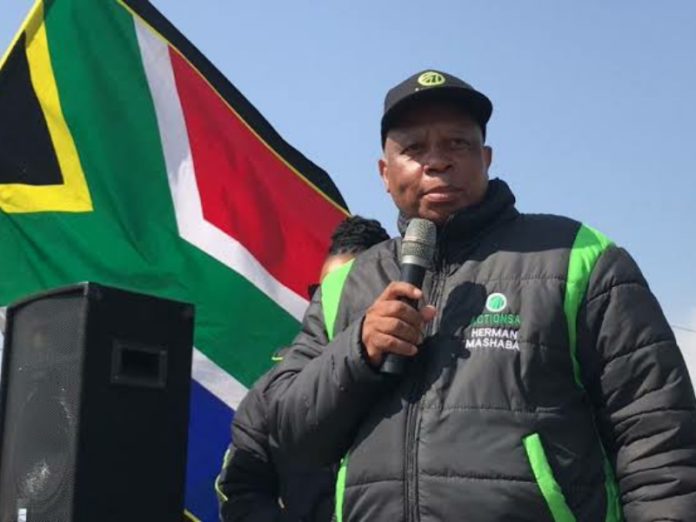 ActionSA leader Herman Mashaba said his resignation as councillor in the City of Johannesburg council is in the interest of the people who want to see the party grow nationally.

Mashaba announced his resignation on Monday after spending just three months in the role.

In an interview with Scrolla.Africa on Monday, Mashaba said it was not easy for him to resign, as many of his followers see him becoming the next mayor in the city. He previously served as mayor of Johannesburg for the Democratic Alliance from 2016-2019.

However, Mashaba said it was necessary for him to resign and focus on building the party in the lead up to the 2024 national elections.

He said the party has leaders who are capable and can take the role he played in the council.

“My focus at the moment is to build structures in all nine provinces as the party gears up on competing with everyone in the upcoming national government elections,” he explained.

“I can only do so much. The bigger picture at the moment is making sure we have capable structures across the country and become part of the government come 2024.”

He said his resignation doesn’t mean he will be completely removed from issues at council level.

“I will still be part of what will be happening but not actively involved,” he said.

Mashaba said he is confident that ActionSA will continue its recent success into 2024.

“It is too early to tell, but once we launch our campaign manifesto, we are confident that South Africans will want to join us in fixing this country through their vote,” he said.

Mashaba said that besides ActionSA’s firm stance on immigration, the party has other policies they will push to implement.

“Once ActionSA is in government, our priority is to bring back the disbanded crime-fighting unit, the Scorpions, that would curb crime,” he said.

He said the party is in discussion with its coalition partners to bring back projects such as Aresebetseng, which was aimed at cleaning the streets of Johannesburg.