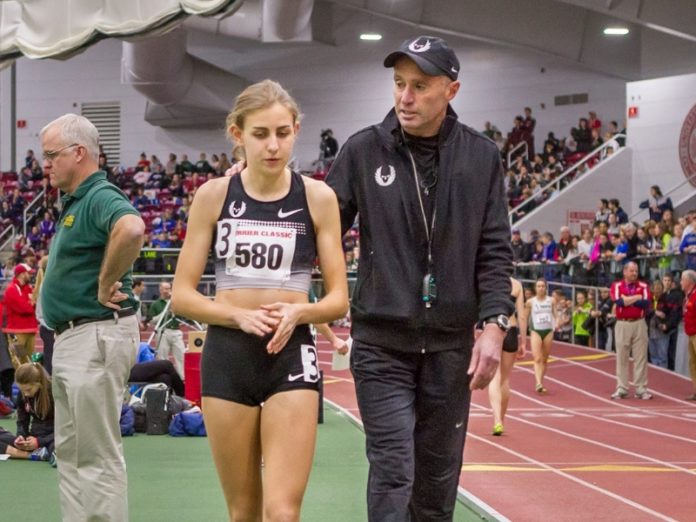 Mary Cain, who had aspirations of being one of the greatest female athletes of all time, allegedly suffered abuse at a Nike training centre by the hand of disgraced coach Alberto Salazar.

The runner has decided to sue both parties for R300 million.

“I joined Nike because I wanted to be the best female athlete. Instead, I was emotionally and physically abused by a system designed by Alberto and endorsed by Nike,” the 25-year-old told the New York Times.

Cain, who qualified for the 2013 World Championships at the age of 17, had many believe that she would be a household name but the alleged years of emotional and physical abuse led her to self-harm and have thoughts of suicide.

Cain, who is a former middle-distance runner, began training at the Nike Oregon Project at the age of 16, where she was coached by Salazar, who has since been suspended for sports enhancing drug offences.

In the lawsuit, Cain indicates that her former coach made her get on a scale in front of other athletes and criticised her weight, as well as controlling what food she ate, which forced her to steal nutrition bars from her fellow athletes.

“Salazar told her that she was too fat and that her breasts and bottom were too big,” the lawsuit said.

Kristen West McCall, the lawyer representing Cain, said Nike did not do anything to prevent or stop the abuse, alleging that Nike allowed the coach to weight-shame women as well as ignore their health and wellbeing.

“They did it for their own gratification and profit,” the lawyer said.

Steve Magness, a former assistant of Salazar, said he witnessed the alleged behaviour despite the coach denying the accusations.

Magness said Salazar forced him to make the female athletes lose weight despite their body fat already being optimal according to his data.

“When I showed data on her body fat being low already, I was told: ‘I don’t care what the science says I know what I see with my eyes. Her butt is too big,” he said.