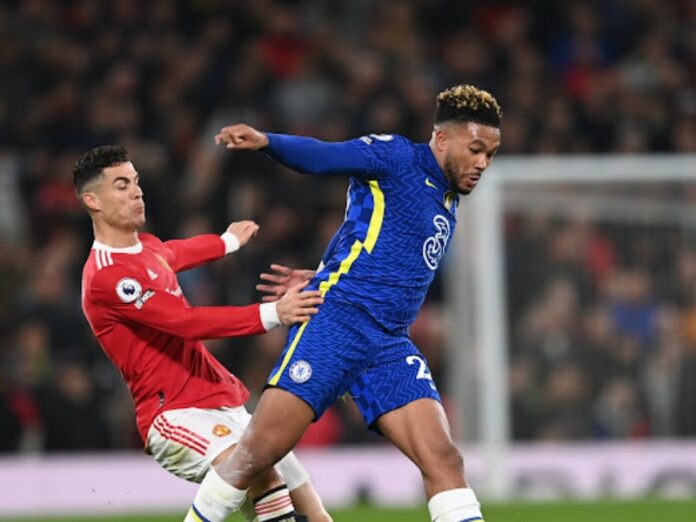 Cristiano Ronaldo secured a point for the Red Devils at Old Trafford against the Blues this evening in what was a difficult evening for the hosts.

Chelsea kept the majority of the ball and registered 21 goal attempts to add to their good form away from home.

The encounter showed elements of a training session for Chelsea, who passed the ball in front of the United goal, waiting to have a shot on goal.

Chelsea’s Reece James found himself in acres of space throughout the game but like the rest of the side, failed to capitalise on their chances.

The breakthrough took a while to come, however, with Marcos Alonso putting the Blues in front on the hour mark off a Kai Havertz assist.

James was named man of the match, however Matic was the best Manchester United player on the pitch with 81% pass completion, two key passes and two interceptions in what was a difficult evening for the rest of the Red Devils’ midfield.

“We played against a very good team that tactically is almost perfect, technically also they have great players, they also have a great manager,” Matic said post-match.

“Tonight looked much better than the last couple of weeks. We showed that we didn’t give up and showed good character.”

With the points shared, little has changed for either side with Chelsea still comfortable in third and United in sixth, five points off the top four having played two games more than Arsenal and Tottenham above them.

For United, the hope of playing Uefa Champions League football dwindled as they failed to win any of their last three matches.