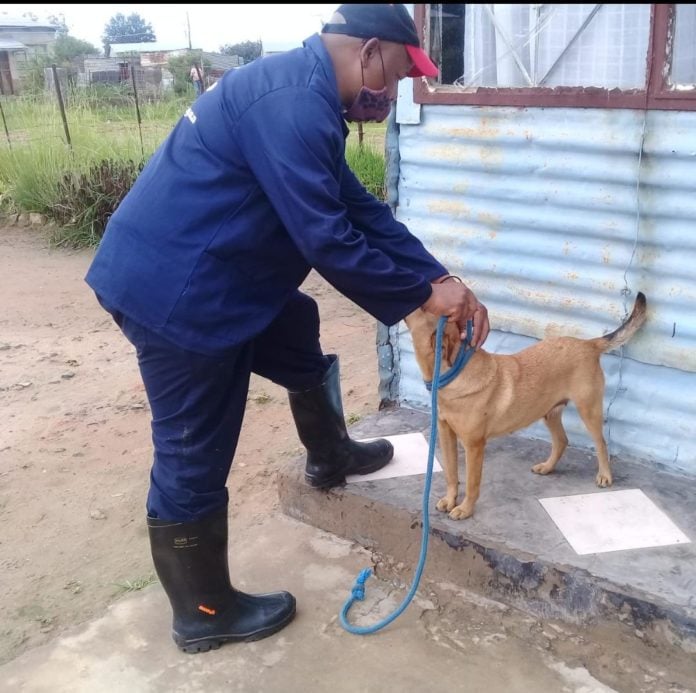 A woman from Hlohlolwane near Clocolan in the Free State is wondering if she will ever want to own a dog again after she saw a video of her neighbour raping her dog, Bobbie.

“My Bobbie has been my favourite pet since 2010 when she was just a puppy,” the woman who wished to remain anonymous, told Scrolla.Africa.

“Because of what he did to my Bobbie he has made me lose interest in owning a pet again. I never want to own a pet that has been abused again,” she said.

The video was shot by a passerby who saw the man raping the dog.

“I think he took my dog off the leash. Bobbie is not an aggressive dog and she knew the man.”

Bobbie was not only raped. He has also been abandoned.

The badly injured dog was taken to the Bloemfontein SPCA for a veterinary check-up and the necessary treatment. They said they would organise another dog for the owner if she was still interested in having another one.

“But I don’t think I want another dog,” she said.

On Tuesday, after learning about the video, Scrolla.Africa sent it to SPCA and they drove to Clocolan to take the dog and open a case against the man.

Bloemfontein SPCA spokeswoman Reinet Meyer said: “An Africanus type of a dog was found lying on the ground. She looked confused.”

She said judging from the dog’s condition it was clear she had been raped.

“A case of animal cruelty will be laid against the man and we are doing everything we can to find justice for this dog,” said Meyer.

The SPCA’ s animal inspector Tebogo Maswanganye said: “In my opinion this man belongs in jail. A level of cruelty of such kind is totally unacceptable.”

Police spokeswoman Colonel Thandi Mbambo said they were aware of the video but no one has yet opened a case.

The SPCA said they first needed to compile evidence from the vet before they opened a case.

“We will be opening a case tomorrow,” said Maswanganye.